Exactly a week after the Road World Championships in Florence, won by the Portuguese rider Rui Costa over Spain's Joaquin Rodriguez, a riveting revenge is expected on the road of the 107th edition of Il Lombardia; Rodriquez won last year's Il Lombardia. 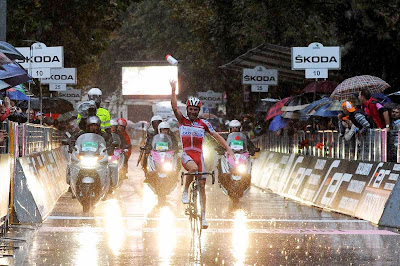 The “falling leaves classic”, organised by RCS Sport/La Gazzetta dello Sport, on Sunday 6th October will have the champions of racing pitted against each other. The 242km route from Bergamo to Lecco, will climb the slopes of Valico di Valcava, Colle Brianza, Colma di Sormano (with the mighty Muro di Sormano), Madonna del Ghisallo and Villa Vergano. It’s going to be highly dramatic and hardly fought.

Begun in 1905, Il Lombardia (previously known as Giro di Lombardia) has taken part every year except for 1943 and 1944 due to the Second World War.

This year's route and profile: 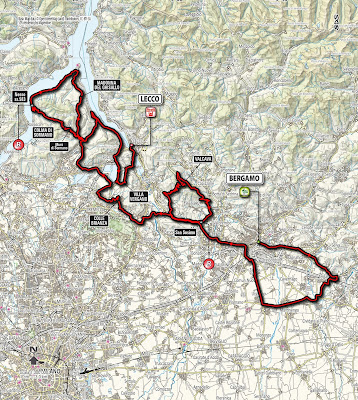 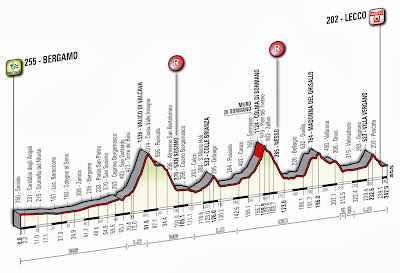 Stories for the Italian Cycling Journal about rides, granfondos, touring, having a good time cycling in Italy, Italian cycling history, racing, etc. are always welcome. Contact me at veronaman@gmail.com.
Posted by Angelo senza la o at 8:30 AM