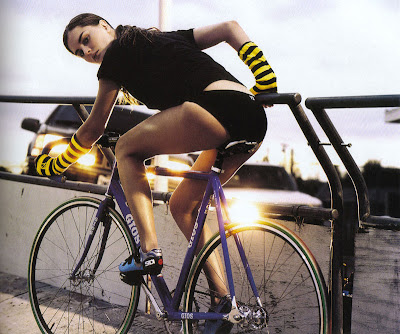 NOTE: In a note received from Alfredo Gios in response to this article he stated that it contained inaccuracies, and that there were items that did not correspond with the truth. I wrote another article (here) with his comments, and I also decided to include them here in bold so that the record is clear.


In response to the article "What's Going On With GIOS?" I received additional information from Guido, who authors http://www.italiaanseracefietsen.wordpress.com/, which appeared in a European source:

"There were many rumors in recent months about the division of GIOS. Time for clarification and the real story behind all the developments of recent times.

There was no family feud between Alfredo and Aldo Gios, of this there is absolutely no question. The decision to split the old GIOS into two new parts was a pure business decision, motivated by an annoying longstanding legal matter.

GIOS was wrapped in a costly legal battle with one, for privacy reasons undisclosed, wealthy, Belgian dealer. A suit was involved which the Belgian won and the result was that GIOS could be in jeopardy.

NOTE: Alfredo Gios points out that regarding the legal case in which GIOS was involved in that this case was won on behalf of GIOS in the Italian courts. GIOS also won a decision in the Belgian courts but that particular decision was overturned upon an appeal. Subsequently an agreement was reached between both parties.

The case was very expensive for GIOS so much so that it affected the liquidity of the small company.

NOTE: Alfredo Gios says there is no truth to any story about financial difficulties at GIOS at any time.

The solution proved to be to liquidate the old GIOS. For the the Belgian party there was nothing left to achieve and no further damage could be caused to GIOS. The new GIOS is not a contracting party of the Belgians.

Then the new GIOS established a company in two parts run by Alfredo and his brother Aldo. Alfredo focuses his Japanese-made range from www.gios.it aimed and touring and city bikes. Marco and Aldo run the new racing bike through www.giostorino.it for race-oriented riders.

NOTE: Alfredo Gios reports that the GIOS 2010 catalog represents 36 models, over half of which are special racing models conceived and designed by him in Italy.

GIOS is beginning new collection for 2010 building on the tradition of the past. Including specifically the individual 'Italian' philosophy of frame building geometry is maintained. GIOS is alive!"

Stories for the Italian Cycling Journal about rides, granfondo, having a good time cycling in Italy, Italian cycling history, etc. are very welcome. Contact me at veronaman@gmail.com. There are more than 1,200 stories in this blog. The search feature to the right works best for finding subjects in the blog and there is also a translate button at the bottom so you can translate each page.
Posted by Angelo senza la o at 7:04 AM

Email ThisBlogThis!Share to TwitterShare to FacebookShare to Pinterest
Labels: GIOS