Details of the 108th Il Lombardia were announced this morning, with the race running over a completely revised, 254km route between Como and Bergamo.

The UCI WorldTour road cycling race, held on the 5th of October and organized by RCS Sport/La Gazzetta dello Sport, will also take in over 3,000m of climbing.

25 teams of 8 riders have also been announced for the"Race of the Falling Leaves" ("classica delle foglie morte"); the race is one of the five "monuments" of the one day classics. 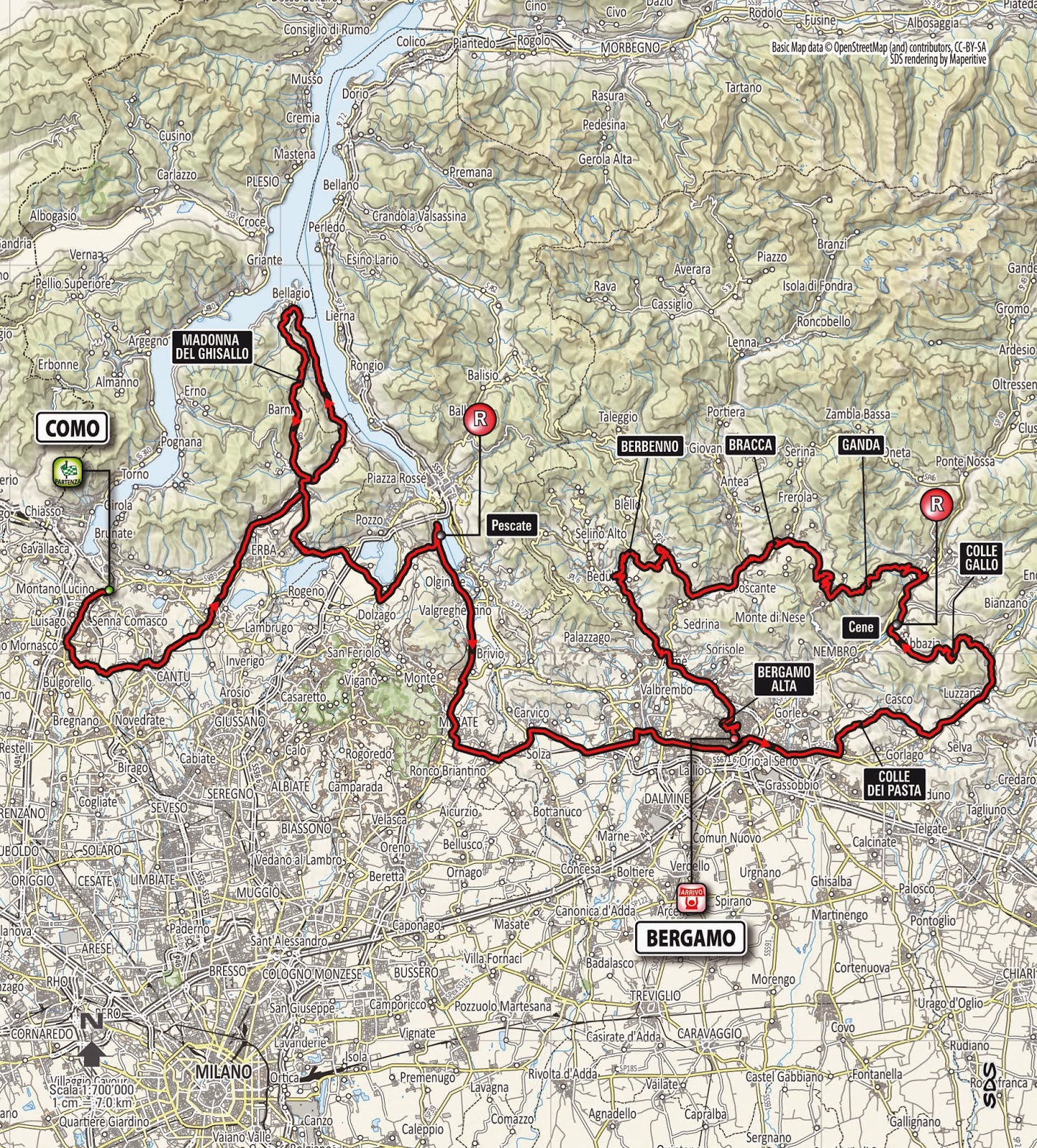 THE ROUTE
Starting in Como, the autumn classic will take in the villages of Cantù, Erba, Asso and Onno before hitting Bellagio at 58km and the start of the Madonna del Ghisallo (754m), a beautiful and challenging 10.6km climb with gradients over 14 per cent.

The race will then continue through Asso, Pusiano, Oggiono, Galbiate and the first feeding zone at Pescate before the Alta Brianza and Meratese areas and into the Bergamo province in Calusco d’Adda.

After a first passage through the city of Bergamo, the race will begin a loop back with a series of testing climbs that will decide the final winner.

After a fast descent through Selvino and Rigosa towards the bottom of the valley, the road will climb back towards Bracca (600m) and take in the technical descent towards Zogno and Brembilla. Riders will then begin the classic climb of Berbenno (695m), just 26km from the finish.

A fast descent towards Almenno San Salvatore takes the riders through Almè and back to Bergamo to face the final kilometres through the old Città Alta to the finish on the Sentierone.

FINAL KILOMETERS
The route to the finish line climbs towards Bergamo Alta, entering at Porta Garibaldi, up the Boccola ascent and its 200m of cobblestones towards Largo Colle Aperto, a climb that doesn’t drop below 10%, and includes peaks of 12%. The final descent is wide with a flat surface.

The final two kilometers takes in three technical turns, a 90 degree bend at 1800m with the road narrowing under Porta Sant’Agostino, a left turn at 1000m and at 250m from the line, driving towards the grand finale.

THE TEAMS
25 teams, 18 UCI ProTeams and 7 wildcards will start, each with 8 riders:

Content for the Italian Cycling Journal is now based upon contributions from readers. Please contribute. Stories about rides, granfondos, touring, having a good time cycling in Italy, Italian cycling history, racing, etc. are always welcome. Contact me at veronaman@gmail.com.
Posted by Angelo senza la o at 5:31 AM