The most popular entry responses in a survey of journalists by the Giro for best moments in Giro d'Italia history:

1. Which are the most dramatic moments in the history of the Giro d’Italia?

On 30th June 1946, during the 12th stage of the Giro from Rovigo to Trieste, some anti-Italian activists who wanted Trieste to be part of the newly formed Yugoslavia stopped the Giro 2km east of the village of Pieris, blocking the road with cement blocks and throwing stones and nails at the riders. The Giro organization had already decided to declare the stage end in Pieris and neutralised the general classification for the day, but some of the riders, lead by the Trieste born Giordano Cottur insisted on riding to Trieste anyway.

2. Which are the three best Giro d’Italia’s of all time? 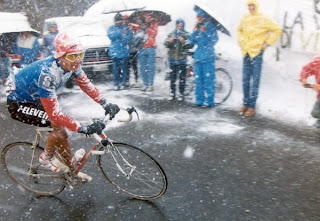 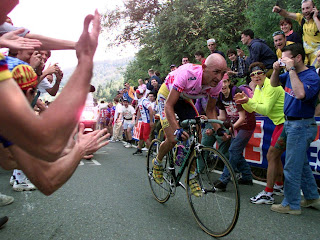 The Giro in 1949 won by Fausto Coppi, the Giro of 1988 won by Andy Hampsten after the epic stage on the snowy Gavia Pass in the storm, and the Giro d’Italia 1998 won by Marco Pantani.

3. Which are the three best stage victories of all time? 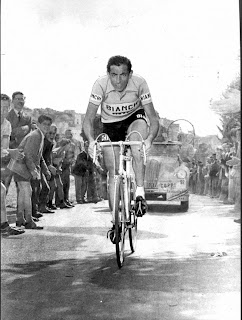 17th stage of Giro d’Italia 1949, from Cuneo to Pinerolo (254km) which had the fantastic solo ride by the ampionissimo. Coppi earned the Maglia Rosa after going on the attack for 192 km, climbing the Col de la Madeleine, the Col du Vars, the Izoard, the Monginevro and the Sestriere alone, finally arriving in Pinerolo with an 11'52" advantage over Gino Bartali and almost 20’ on Alfredo Martini.

4. Which Champions have best represented the values of the Giro d’Italia? 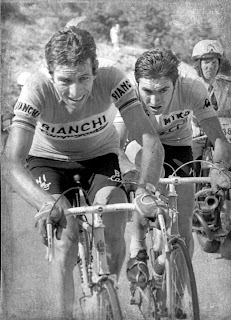 Gino Bartali, Fausto Coppi and Felice Gimondi are the three Champions that have truly represented the values of the Corsa Rosa.

5. Which are the biggest sporting rivalries in the Giro d’Italia? 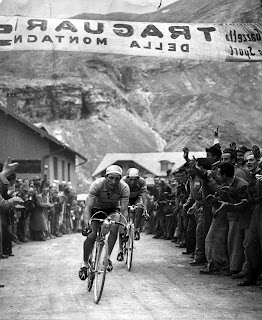 The greatest rivalry, and the most popular by far, was between Fausto Coppi and Gino Bartali.

6. What are the most iconic images (pictures) of the Giro d’Italia? 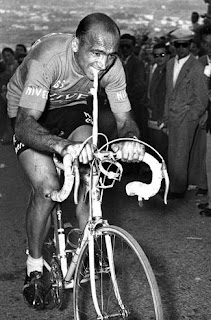 Fiorenzo Magni riding the Mountain Time Trial of Bologna-San Luca, 16th stage of the Giro 1956. He was unable to push hard on the pedals due to his broken collarbone, a fracture he had sustained on the previous day’s stage, so at the suggestion of his mechanic Faliero Masi he rode biting a tubular knotted to the handlebar to fight the pain.

7. What are the most poignant gestures of sportsmanship during the Giro d’Italia? 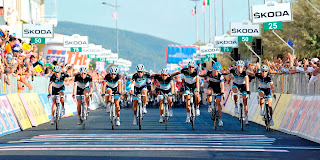 On May 10th 2011, during the 4th stage of the Giro 2011, the peloton along with hundreds of thousands of fans lining the route of the 216km stage, paid homage to Belgian rider Wouter Weylandt, who died the day before after a fatal crash.

8. What is the statement or quotation that best represent the spirit of the Giro? 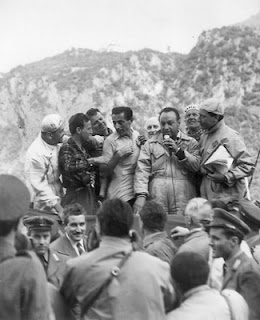 The clear winner is the legendary phrase of the Rai radio commentator Mario Ferretti during the 17th stage of the Giro 1949, Cuneo – Pinerolo, who at the beginning of his program said: "There’s only one man in the lead: his jersey is celeste and white; his name is Fausto Coppi" ("Un uomo solo è al comando; la sua maglia è bianco-celeste; il suo nome è Fausto Coppi").

9. What have been the biggest surprises of all time at the Giro d’Italia?

The Swiss rider Carlo Clerici, racing the Giro in 1954 as a domestique for Hugo Koblet, won the overall race after one of the most famous "fughe bidone" (Italian term meaning a fluke attack, invented by the Italian press after that specific occasion) in cycling history. Clerici attacked with other four riders during the 6th stage from Naples to L'Aquila, gaining more than half an hour on the peloton. No one was able to recover this entire margin over the remaining stages, despite the
fact Clerici was not a great climber.

10. Which are the most impressive sporting feats in more than 100 years of battles on the roads of
the Giro? 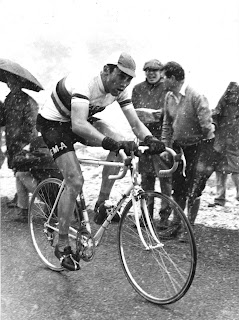 The “podium” of the most impressive feats in the history of the Giro d’Italia has some of the greatest Champions of the sport on it: third is Fausto Coppi dominating Cuneo – Pinerolo in Giro 1949; second is Marco Pantani winning in Oropa, the 15th stage of Giro in 1999 after a glorious comeback from a mechanical problem at the base of the final climb; and in first place, the most impressive sporting feat in over 100 years, is Eddy Merckx - winning the 12th stage of the Giro in
1968 from Gorizia to Tre Cime di Lavaredo.

Photos: Hampsten by Sirotti;  Weylandt by LaPresse; all others by Gazzetta dello Sport


The 96th edition of the Giro d’Italia will start on May 4th in Naples and conclude on May 26th in Brescia.

There are more than 2,600 stories in this blog. The search feature to the right works best for finding subjects in the blog. There is also a translate button at the bottom so you can translate each page.