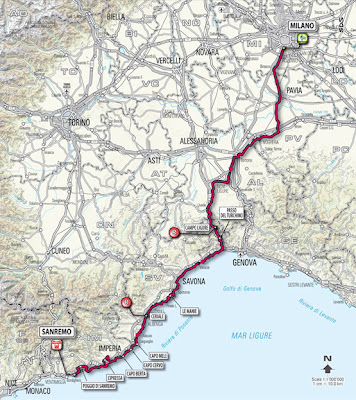 Predicting who's going to win the 104th edition of the Milan-Sanremo race is not easy. Yet another reason not to miss the this year's Classicissima on Sunday. You don't have to miss it as www.gazzetta.it will be streaming worldwide from approximately 14:45 Italian time. www.cyclingfans.com will also have links to streaming feeds in various languages including English.

Sunday's schedule includes the departure at 09:45 from the Castello Sforzesco in Milan with a motorcade through the city and cyclists in single file. The race itself will start at 10.10 in via della Chiesa Rossa. The finishing line on Lungomare Italo Calvino in Sanremo should be crossed between 16:45 and 17:30. 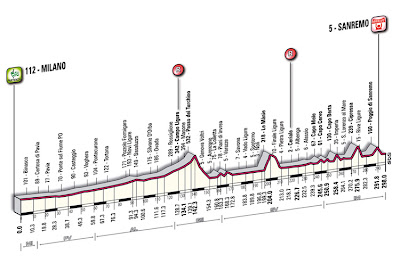 The weather forecast looks very poor, rain and perhaps some snow on the Turchino (first climb above). It's going to be an especially looooooong day in the saddle, as it is MSR is the longest professional one-day race. The MSR of 1910 was one of the hardest races of all time. Only four competitors out of the 71 starters finished in Sanremo. Eugene Christophe, after his victorious arrival under apocalyptic conditions, was taken by ambulance to the hospital. He remained there for one month before finding the complete use of his arms and legs. He would then spend almost two years to completely recover from his day in hell.

The last Km from last year: 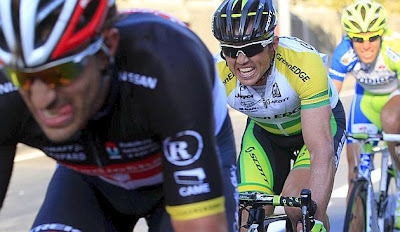 Milan-Sanremo was first raced in 1907.

Stories for the Italian Cycling Journal about rides, granfondos, touring, having a good time cycling in Italy, Italian cycling history, racing, etc. are always welcome. Contact me at veronaman@gmail.com.  There are now more than 2,700 stories in this blog. The search feature to the right works best for finding subjects in the blog. There is also a translate button at the bottom so you can translate each page.
Posted by Angelo senza la o at 8:24 AM

Email ThisBlogThis!Share to TwitterShare to FacebookShare to Pinterest
Labels: 2013 Milan-Sanremo