Reminiscing About My 1972 Cinelli 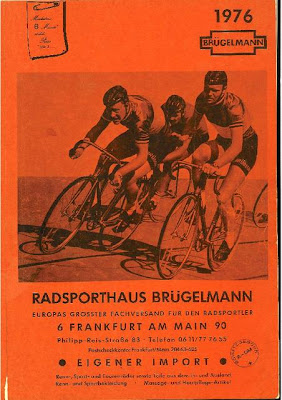 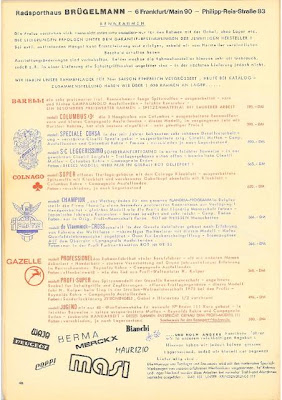 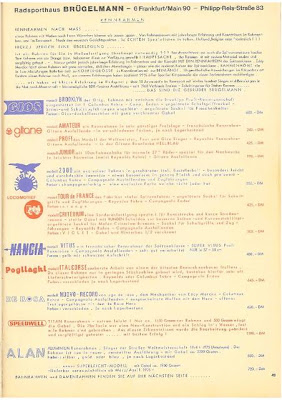 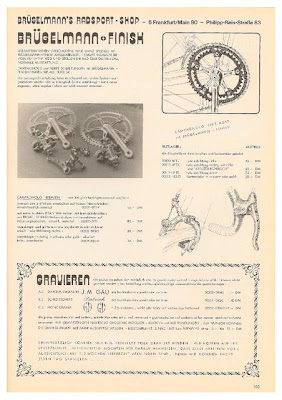 Here I am in Italy, without my 1972 Cinelli! I miss it. But, there were only so many bikes that I could bring along. After two years in Italy I have yet to see another vintage Cinelli.

The previous owner, "Rudy", is a great friend of mine. He acquired this special bike (as a frame and fork) from the Brugelmann store in Frankfurt in 1972. Through a lot of detective work I discovered its origins. I hope you enjoy the story.


This particular frame, s/n 5946, came to Rudy's attention through a description in a Brugelmann (of Frankfurt, Germany) brochure/catalog of 1971. Although he would have preferred silver (he already owned a 1970 SC in silver), this particular model was only available in yellow/red. Rudy also recalled a reference in the catalog to the use of lightweight Columbus tubes. So, he placed the order with Brugelmann's and waited nearly a year to receive it (he picked it up in person, traveling from theUSA to Germany for the 1972 Olympics). An inquiry to Brugelmann in 2003 brought this reply from Manfred Brugelmann: "In the seventies we were the biggest Cinelli dealership outside of Italy and because of our personal good relationship to the Cinelli family they were kind enough to manufacture those frames exclusively for us in the yellow and red special colour scheme." Mr. Brugelmann did not answer the question about the "lightweight" aspects of the frame. Side note: the Brugelmann shop was the cycling equipment provider to the German national team in 1972.


In 2004, with the assistance of another friend a letter with photographs was sent to Andrea Cinelli (son of Cino). Andrea Cinelli's reply includes this: "You are correct that the frame is lighter as we drilled the lugs and the BB shell for lightening, and my father, based upon the close friendship with the owner of Columbus (Angelo Luigi Colombo), had had special lighter tubes made. In that period, the two avantgarde Italian factories (Cinelli and Columbus), in the application of avantgarde racing bicycle technology (high resistance steel alloys) had to contrast the myth and image of the English Reynolds tubing." Note: the BB is a G. Fischer BB; it's stamped GF.


In 2005/6 another Cinelli of this type came to light. Like mine, it had the drilled out BB in a circular pattern and also did not have the Special Corsa decals. The owner of this second yellow/red Cinelli had some great news, he had a 1976 Brugelmann catalog! In this catalog two Cinelli models are for sale: Model Special Corsa and the Model SC Leggerissimo. I've had the model description for the Leggerrissimo translated (by the original owner of my bike no less ); the description is: "Special edition (manufacture) in extra light construction - in the accustomed Cinelli care - bottom bracket below open - detailed Cinelli lugs- Columbus tubing - Campagnolo dropouts. Color: This model is only available in yellow with red." The catalog price, for frame and fork, is 590 DM for the SC and 665 DM for the SC Leggerrisimo.

Now that I've seen the catalog (from 1976, the Leggerisimo till being offered) I better understand the letter from Manfred Brugelmann of 2003. He was stating that the Leggerissimo model was manufactured exclusively for them based on their (the Brugelmann brothers) personal good relationship with Cinelli. A very rare Cinelli indeed.
Posted by Angelo senza la o at 11:29 AM