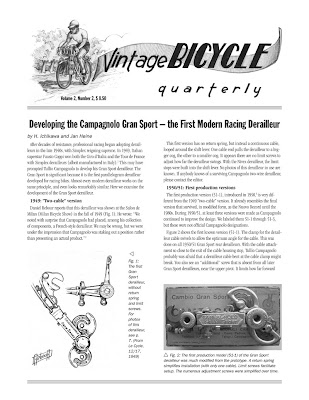 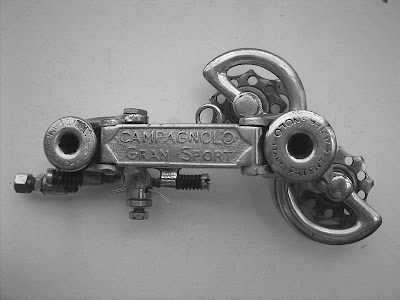 The first prototypes were made from brass, with flat cage plates that lacked strength. 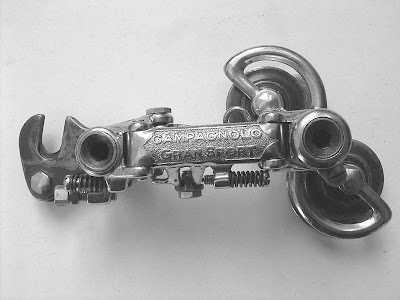 
The full article of the history of the Campagnolo Gran Sport with additional photos and detailed drawings, and another article of the milestones in the development of parallelogram derailleurs, can be found at: http://www.vintagebicyclepress.com/samples.html. Scroll down to the "Cycling History" section to find these two articles (which will be in a pdf format).

Bicycle Quarterly is published 4 times a year, each issue a treasure trove of information.

Stories for the Italian Cycling Journal welcome; contact me at veronaman@gmail.com. There are more than 1,100 stories in this blog; the search feature to the right works best for finding subjects in the blog.
Posted by Angelo senza la o at 5:12 PM