Tomorrow morning at 10.50, the 107th edition of Il Lombardia departs Largo Porta Nuova, Bergamo, Italy. The ‘Race of the Falling Leaves,’ organized by RCS Sport/La Gazzetta dello Sport, will see the world’s finest on the startline. Among them, the new World Champion, Rui Costa, determined to start his year-long reign with a victory.

Minute of Silence
In common with other Italian sports events this weekend, one minute of silence will be observed prior to the race start, in memory of those lost at sea two days ago off Isola dei Conigli, near Lampedusa.

History
First held in 1905, Il Lombardia (formerly the Giro di Lombardia) is the classic which has suffered fewest interruptions: only the 1943 and 1944 editions were suspended, because of the second World War.

Fausto Coppi won a record five editions of Il Lombardia, four of them consecutive: 1946, 1947, 1948, 1949 and 1954. The record for podium finishes is held by Coppi’s great rival, Gino Bartali, with 9: 3 wins, 4 seconds places and 2 thirds. The only non-Italian riders to have won the race three times were Frenchman Henri Pélissier and Irishman Sean Kelly. 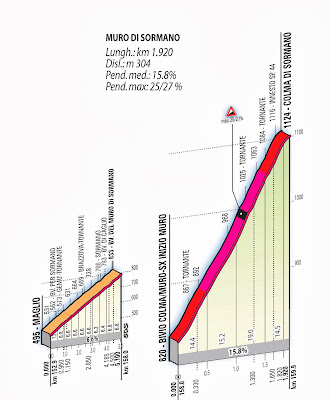 Special Awards
La Gazzetta dello Sport will award two special prizes. The first rider who reaches the Muro di Sormano will be presented with a plaque dedicated to Vincenzo Torriani, the former and long-time director of the Gazzetta races. Torriani first planned the climb up to Colma di Sormano in 1960: Il Lombardia used the road in 1960, 1961 and 1962. The severe gradient (touching 27%), the slope was dubbed ‘il muro’ (the wall).

The Premio Pierluigi Todisco goes to the first rider to cross the Ghisallo. The prize commemorates the Gazzetta journalist Pierluigi Todisco, who was killed in a road traffic accident while cycling to the newspaper’s offices two years ago. It is the second time the award will be presented.


Live Televison and Internet
In Italy the race will be shown live on Rai Sport 2 and Rai Tre. The race will be streamed live on the website www.raisport.it. Real-time news and analysis are provided on www.gazzetta.it.


Worldwide Broadcasting
Il Lombardia will be televised in 156 nations. As well as two hours of live coverage on Eurosport (80 nations in Europe, Asia and the Pacific area), Il Lombardia will be shown in Belgium by the Flemish channel VRT, in the Netherlands by NOS, Switzerland by SRG SSR, and Spain by the FORTE circuit (comprising EITB Euskal Irrati Telebista in Euskadi, TV3 Televisió de Catalunya in Catalonia, TVG Televisión in Galicia, and Televisión del Principado de Asturias (TPA) in Asturias). In the United Kingdom, Sky Sports will show prime-time evening highlights.

The channel beIN Sport holds exclusive broadcast rights for France and the United States of America. In the Middle East, Il Lombardia is shown by Al Jazeera. In Canada, English-language coverage is by Sportsnet, and French-language coverage by Réseau des Sports (RDS). In Mexico, Panama, Guatemala, the Dominican Republic, Costa Rica and El Salvador, Il Lombardia will be covered by Televisa Deportes Network (TDN).