Cloaked in secrecy is the possibility that the 2013 Giro d'Italia will once again visit Friuli next year. There was big disappointment in Fruili in 2011 when the Monte Crostis portion of stage 14 was cancelled after riders protested it and the Panel of Commissaires agreed that it was too dangerous. See video here.

The 2013 Giro may make its first appearance at the ascent to Selle Nevea.  The ascent, perhaps coming at the end of a Fruilian stage, was recently tested by local riders who invited  Franco Pellizotti. 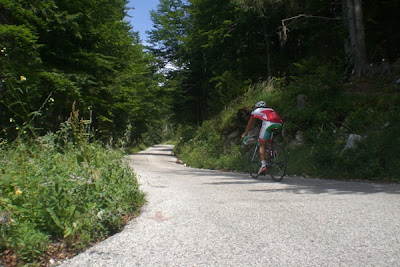 "I know the 18 km from Chiusaforte to Sella Nevea well because ten years ago on that climb I won the Giro del Friuli," said Pellizotti. "The grade is constant and you can ride fast but after the roundabout the trouble begins. For more than 1.5 km the grade is closer to 20% than 10%. The attacks would have to come here as the final 3 km are easier. The panorama at the finish is priceless." 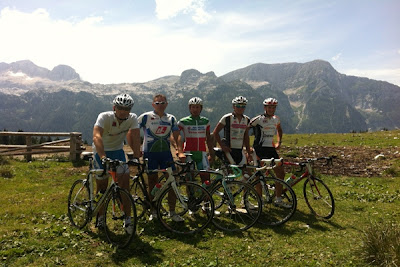