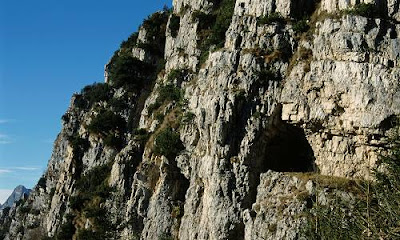 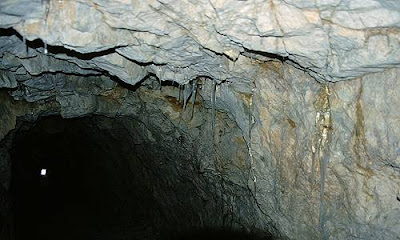 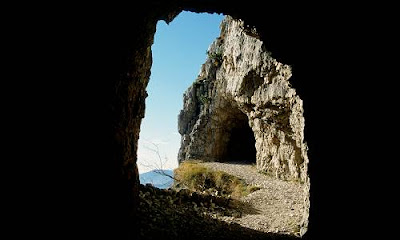 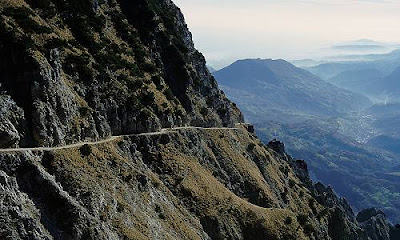 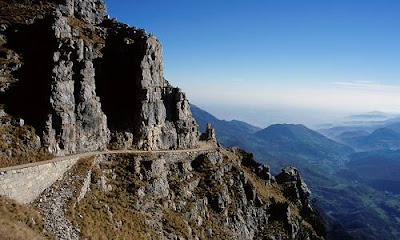 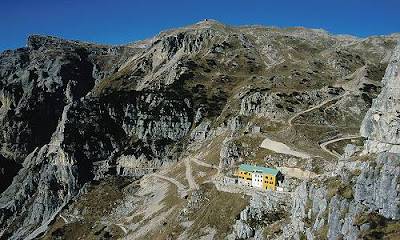 During the First World War the front line between the Italian and Austro-Hungarian forces ran through the Dolomites. Monte Pasubio was a crucial stronghold for the Italians. They had to hold the mountain, but their supply lines to the mountain were being shelled and were subject to avalanches (on one day, the 13th December 1916, known as 'White Friday', 10,000 soldiers were killed by avalanches in the Dolomites). The answer to the Italian Army's problems was the Strada delle 52 Gallerie.

The Strada delle Gallerie [Road of Tunnels] is a mountain path cut into Monte Pasubio. It was built in 1916 by Italian mountain troops and teams of miners. The Strada was started in March 1917 and finished by the end of the year.

The start to Strada delle Gallerie is in Bocchetta Campiglia. The path eventually arrives at the Rifugio Generale Papa. On the other side of the Rifguo is the loop known as Strada degli Eroi (Road of Heroes).

The Strada della Gallerie is officially closed to mountain bikers, there are barriers but they are easily bypassed. Disclaimer: it's dangerous, ride at your own risk.

Notes: history text of the Gallerie from adiator blog, photos from magicoveneto. Thanks to Eros Poli for bringing this ride to my attention.

Stories for the Italian Cycling Journal about rides, granfondos, touring, having a good time cycling in Italy, Italian cycling history, etc. are always welcome. Contact me at veronaman@gmail.com. There are more than 2,200 stories in this blog. The search feature to the right works best for finding subjects in the blog. There is also a translate button at the bottom so you can translate each page.
Posted by Angelo senza la o at 6:27 AM