Why There Isn't a Women's Tour de France

This film project, Half The Road: The Passion, Pitfalls & Power of Women's Professional Cycling, will be addressing this question and inequality that modern-day female riders face. The project has raised $37,500 of a needed $65,000 to proceed. There are 10 days left in the fundraising effort (please consider re-tweeting this story).

There has bee a women's Tour de France (Tour Cycliste Féminin) in the past, beginning in 1984 with the last in 2009. According to wiki, "The organizers had to scramble for sponsorship nearly every year and were forced to schedule stages in cities which contributed money, regardless of their location. As a result, there were long transfers between the finish of one stage and the start of the next. Another problem in the mid-1990s involved the name. Until 1997, it was the Tour Cycliste Féminin, billed as the Women's Tour de France or the Women's Tour. The organizers of the men's Tour de France said it was a breach of trademark and in 1998 the name changed.

In 2004, the race could not be held because of organisational difficulties. It returned, smaller, in 2005 and 2006. The previous tours were 10 to 15 stages; later ones had five and stayed in one region. The race was also rated lower by the UCI, and had a reduced field. In 2008, the race was six days and seven stages. However, in 2009 the race was only four days long with only 66 riders, after a planned race start and three stages in Britain fell through, leading winner Emma Pooley to joke that the race was "more of a Petite Boucle than Grande." The race was discontinued after 2009. After the subsequent termination of the 10-stage Tour de l'Aude Cycliste Féminin after 2010, the major women's stage race in France would have become the Route de France Féminine -- except that it was also canceled for 2011, leaving France without a major women's stage race for the first time since the mid-1980s". 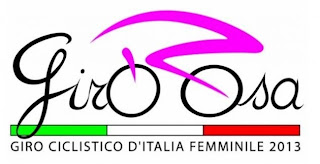 The women's Giro d'Italia, now "Giro Rosa" and before that "Giro Donne", has in the last couple of years struggled with financing but beginning this year the event is owned for the next four years, 2013-2016, by the Italian national cycling federation Federazione Ciclistica Italiana (FCI). The FCI has in turn turned over the managment of the race to race director Giuseppe Rivolta and his new firm "4 Erre". The first race was in 1988 and has been held continuously with the exception of 1991 and 1992.