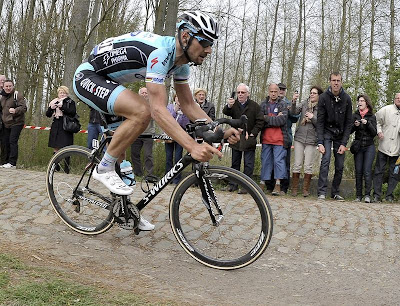 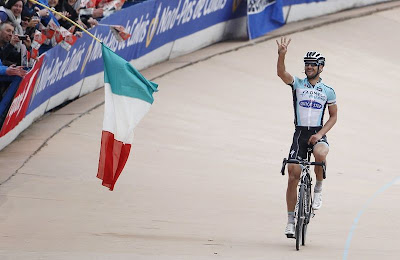 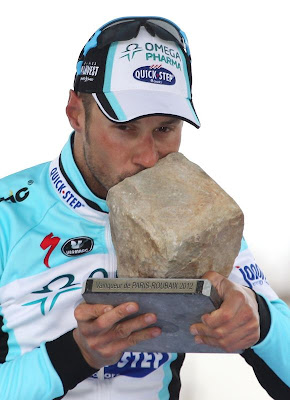 Tom Boonen (Omega Pharma-Quickstep) dominated the 2012 Paris-Roubaix, riding on his own off the front by himself for 52 km. A small group that included big names such as Ballan, Fletcha, Boasson Hagen, Boom, and Vansummeren (last year's winner) tried in vain to catch him but Tomika kept gaining time on the chasing group. It was an amazing display of power and riding. 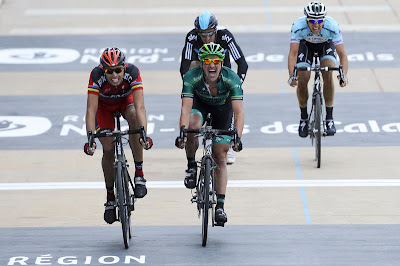 Finishing 2nd and 3rd in a photo-finish 1 minute 39 seconds after Boonen were Sébastien Turgot (Team Europcar) and Alessandro Ballan (BMC Racing Team). Filippo Pozzato crashed just as Boonen made his move and was never in contention afterwards.

"I was not really thinking about the winning race or doing a record," Boonen said. "I was just fighting myself. I was taking it step by step, cobblestone by cobblestone, kilometer by kilometer. I think if you start thinking about the 60 or 57 km, which is when I left, it's nearly impossible. It is all in your mind. I was really thinking about my lead. With the gap at 30 seconds I was trying to take it second by second. I was trying not to push it right away to one minute, tried not to force myself. It was the best way to save my strength and put all my strength into the 50km in front of me. I think it was the best option."

"Boonen was too strong. It was almost a miracle what he did, it was super nice," 2nd place finisher Turgot said.

More photos of Boonen in action: 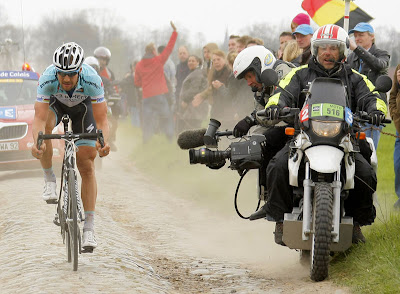 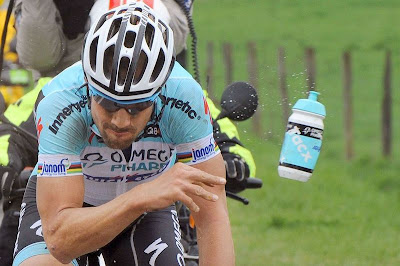 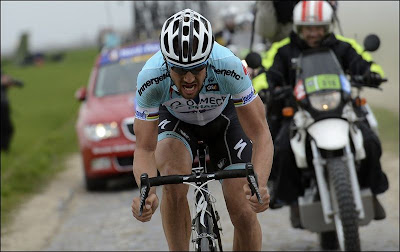 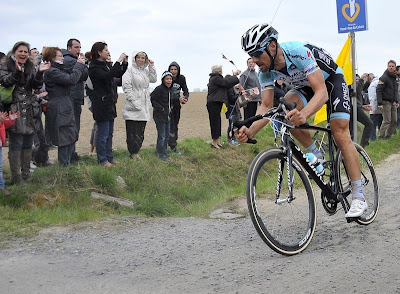 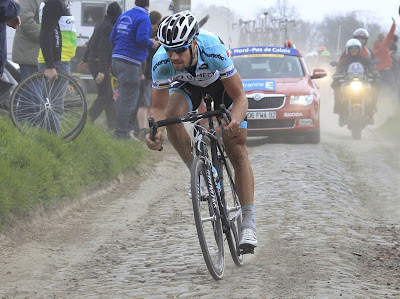 Stories for the Italian Cycling Journal about rides, granfondos, touring, having a good time cycling in Italy, Italian cycling history, etc. are always welcome. Contact me at veronaman@gmail.com. There are more than 2,300 stories in this blog. The search feature to the right works best for finding subjects in the blog. There is also a translate button at the bottom so you can translate each page
Posted by Angelo senza la o at 5:00 PM

Email ThisBlogThis!Share to TwitterShare to FacebookShare to Pinterest
Labels: 2012 Paris-Roubaix