Franco Ballerini Sculpture to be Unveiled in Florence 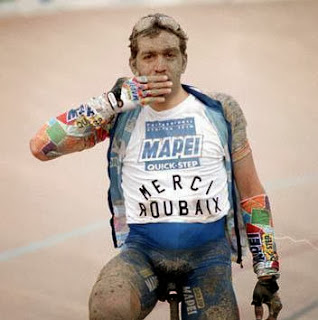 Franco Ballerini died unexpectedly on February 7, 2010, in a rally car crash leaving a real gap in the cycling world and not only. On Friday, September 20, two days before the beginning of the UCI Road World Championships, the statue dedicated to him, champion of the Paris Roubaix and coach of the Men’s Italian national team from the 1st of August 2001 until his death, will be inaugurated in Florence.

The meeting is at 1:00 PM at the Nelson Mandela Forum in Viale Paoli. The “Ballero”’s smile, his accomplishments, his spirit will be commemorated by the Stefania Saccardi, Deputy mayor of the City of Florence, Sergio Givone, Councillor for Culture of the City of Florence, Renato Di Rocco, President of the Italian Cycling Federation, Vincenzo Ceccarelli, President of the Institutional Committee, Riccardo Nencini, Senator, Alfredo Martini, Honorary President of the Italian Cycling Federation, and Mauro Ballerini, the “Ballero”’s brother.

The sculpture was created by Giorgio Butini in white marble from Carrara. The statue representing Ballerini on a bicycle while racing on the pavé of the “Monument” has been carved out from a 75 quintal block of marble selected by the artist. The statue is 2,40m high and will be placed in the square in front of the Mandela Forum, in front of the World Championships’ finish line.

Email ThisBlogThis!Share to TwitterShare to FacebookShare to Pinterest
Labels: Ballerini