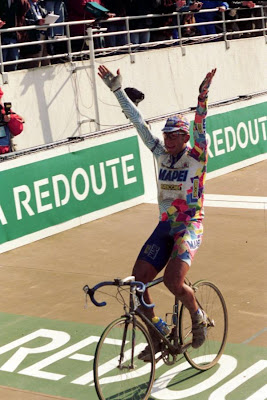 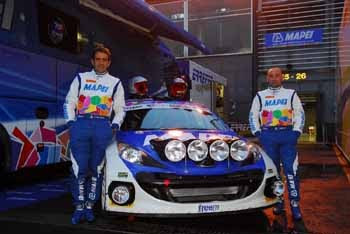 Italian national cycling coach and former Paris-Roubaix winner Franco Ballerini died on Sunday morning after being involved in a crash during a rally car event in Tuscany, Italy.

According to La Gazzetta Dello Sport, Ballerini, 45, was competing in the rally within the municipality of Larciano as a navigator for pilot Alessandro Ciardi when their vehicle left the road and crashed.

Both were rushed to nearby Pistoia Hospital where despite the efforts of doctors Ballerini passed away soon afterwards.

He quickly became the Italian national professional men's road coach and was in charge of the team that won the rainbow jersey with Mario Cipollini in 2002, Paolo Bettini in 2006 and 2007, and most recently with Alessandro Ballan in Varese in 2008.

Cyclingnews spoke to Pat McQuaid as the UCI President was about to board a plane for Vancouver, Canada. He hadn’t heard the news, and was stunned to hear of Ballerini’s passing.

“What can you say - it is a tragedy for Italian and world cycling,” he stated. “He was a very good figure in the Italian team over several years now, creating an importance within the Italian cycling as regards to the title of World professional Champion.

“[The World Championships] has been his biggest day every year with the Italian team. He had a very successful tenure as coach, and he was also a great cyclist too. It is a tragedy that he goes like this.”

Photo: Franco Ballerini winning Paris-Roubaix in 1998; Franco Ballerini and Paolo Bettini with the Team Mapei Rally car at the Monza Rally Show in November 2009
Posted by Angelo senza la o at 6:28 AM

Email ThisBlogThis!Share to TwitterShare to FacebookShare to Pinterest
Labels: Ballerini