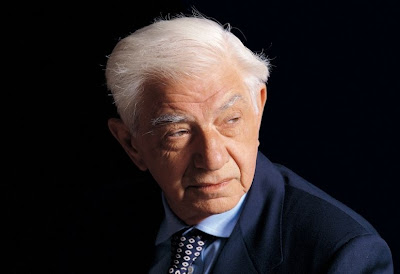 An earlier version of the De Rosa history as it appeared on their website:

"Ugo De Rosa was born on the 27th of January 1934 in Milan, Italy. He attended primary school, middle school and a technical school where he followed a mechanical and engineering curriculum. He developed a passion for bicycle racing as a young boy, a passion which remains with him to this day. It first led him to take up the sport of racing in which he advanced through several ranks at the amateur level. But he also became very interested the science of the bicycle itself, and this proved to be the area where De Rosa would make his mark on the cycling world.

His first job was in the work shop of an uncle where he repaired and assembled bicycles. In the early fifties Ugo De Rosa opened his first shop and dedicated himself to the manufacture of racing bicycles. He understood what it took to build a true racing bicycle and his reputation began to spread among the amateur racers in Milan. By 1958 the word of De Rosa's frames had reached the professional peleton. While attending a race at the Vigorelli velodrome in Milan De Rosa was approached by a famous cyclist of the day, Raphael Geminiani. He asked De Rosa to build him a bike for the upcoming Giro d'Italia. De Rosa responded immediately to Geminiani's request, for he knew that making this champion's bikes would certify his craftsmanship and launch him into the world of professional cycling.

The sixties saw De Rosa bikes become a fixture in the professional peleton. The powerful Faema squad was the first team to ride De Rosas to the forefront with great champions like Soler and Suarez of Spain. Along with Belgian Rik van Loy they won a majority of the races they entered. Other De Rosa teams of the decade included Tbac (1964) and Max Majer (1967).

In 1969 De Rosa was approached by Gianni Motta, a great champion of that era who had admired the bicycles of the Max Majer team. Motta wanted to engage De Rosa as his frame builder and mechanic, De Rosa accepted and became the bicycle supplier to Motta's powerful Sanson team as well. It was also during this period that one of the greatest stars of cycling was rising - Eddy Merckx. De Rosa built some frames for Merckx around this time, but it was not until 1973 that their now famous relationship was formalized.

That was when Eddy asked Ugo to become the official frame builder and mechanic for the Molteni team which he captained. The results were unprecedented as Merckx and his teammates won nearly all the major races including the Tour de France, the Giro d'Italia, Milano-San Remo and the World Championship. This partnership remained in effect until Merckx's retirement in 1978. In 1981 Eddy again called upon his former frame builder to be a technical consultant when he first set up his own bicycle manufacturing facility. De Rosa's talents were, however, in great demand by the mid- seventies.

In 1974 another great racer came to him in search of the frame that was the talk of the pro peleton. Francesco Moser wanted De Rosa bicycles for his Filotex team. De Rosa complied and the results were rewarding for both parties. The team was taken over by Sanson in 1976, and it added the powerful Belgian Roger DeVlaeminck to its roster while Moser went on to win the World Championship.

So as the seventies came to a close Ugo De Rosa had gone from the humble beginnings in his uncle's repair shop to becoming the frame builder of two World Champions. De Rosa's personal life was as rewarding as his professional one. His wife and sons had always been supportive of him, and as the seventies were coming to a close his sons Danilo, Doriano, and Cristiano were showing great interest in the family business. The timing could not have been better as the demand for De Rosa bicycles skyrocketed in the eighties as De Rosa had entered new markets for the first time including the United States, Russia, Japan, Belgium, and Germany.

The sport side of the business continued to grow for De Rosa in the eighties as well. In 1982 he sponsored the Sammontana team led by Moreno Argentin and Giovanbattista Baronchelli. From 1985 to 1989 De Rosa worked with the Ariostea team which grew from a small start-up team to one of the dominant squads in the peleton by the end of the decade.

The end of the eighties also saw De Rosa outgrow the small work shop adjacent to his home where all his frames had been made, and he moved to a larger space in Cusano Milanino and assigned his sons definite responsibilities. Danilo and Doriano learned well from their father and started to work beside him in the most critical phases of frame construction while Cristiano took over the commercial side of the business.

In 1990 Ugo De Rosa embarked on a new project to build bicycle frames from titanium tubes which would stand up to rigors of professional racing and have the ride quality of a DeRosa. Ugo spent over three years in the research and development phase of this project. In 1994 the final results were delivered to the Gewiss team in the form of the De Rosa Titanio. The results were fantastic, and the Gewiss team won the following races:

The Gewiss team collected over 40 victories in 1994, verifying De Rosa's titanium frame concept. Today the De Rosa family continues to build the finest bicycles they know how to while constantly searching for ways to improve their product. Ugo, Danilo, Doriano, and Cristiano have come a long way since Ugo entered that first race some forty years ago."

Stories for the Italian Cycling Journal about rides, granfondo, having a good time cycling in Italy, Italian cycling history, etc. are very welcome. Contact me at veronaman@gmail.com. There are more than 1,200 stories in this blog. The search feature to the right works best for finding subjects in the blog and there is also a translate button at the bottom so you can translate each page.
Posted by Angelo senza la o at 4:57 PM