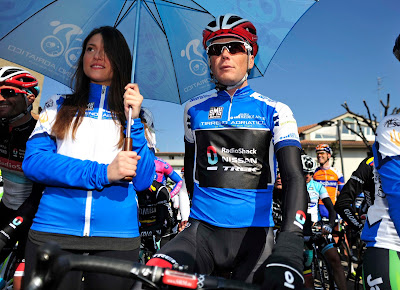 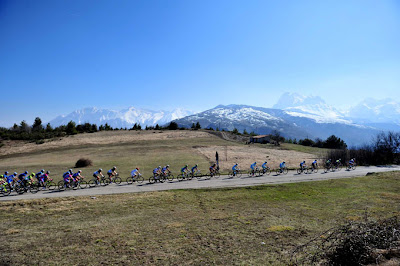 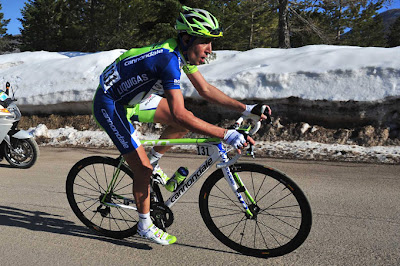 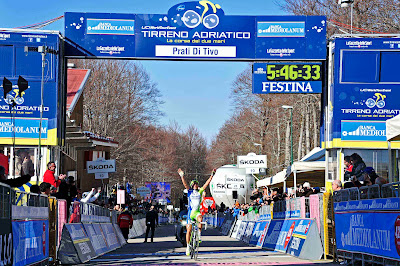 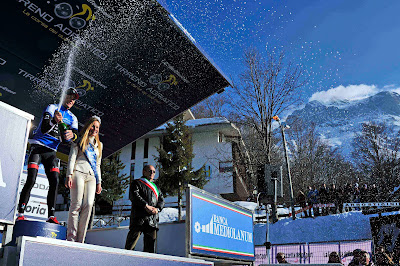 Finishing 2nd and 3rd were Roman Kreuziger (Astana Pro Team) and Christopher Horner (RadioShack Nissan Trek). Horner retained the Maglia Azzurra of race leader but has a slim GC margin now leading Kreuziger by only 5 seconds and Nibali by 12 seconds.

Nibali attacked his small lead group of companions with 4 km to the finish. Horner had to do some quick decision making, "In the final kilometers when Nibali went, I had to decide which card to play since there were so many bonus seconds available on the line. If I chased Nibali too hard but faded at the end, Kreuziger would have gained more seconds than just the bonus seconds, so I decided to give away something to Nibali to better protect the jersey.”

After the stage Nibali expressed his feelings about losing yesterday's stage in Chieti, "I worked off my anger over Chieti on the bike. Poor Sagan. He was so upset over what had happened that even during the race he kept on asking me if I was angry with him".

"The time trial on Tuesday against Horner and Kreuziger will be a great battle," said Nibali. "I am in great shape and I am very optimistic but 12 seconds is a lot to recover."

For the readers that are interested in performance statistics: Nibali took 38 minutes 53 seconds to complete the final climb of 14.6 km (coming at the end of a 196 km stage) at an average speed of 22.53 km/h. His VAMM (average ascent speed) over an ascent of 1030 metees was 1589 meters/hour, for an average power of 370 watts, which means around 5.6 watt/kg. The average gradient was 7%.

Tomorrow's, Monday, stage should not upset the GC standings: 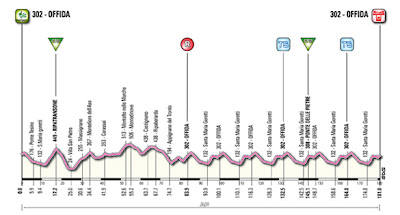 Trivia: today's Prati di Tivo was the finish of a stage in the 1975 Giro d'Italia, the stage winner was Giovanni Battaglin.

Stories for the Italian Cycling Journal about rides, granfondos, touring, having a good time cycling in Italy, Italian cycling history, etc. are always welcome. Contact me at veronaman@gmail.com. There are more than 2,300 stories in this blog. The search feature to the right works best for finding subjects in the blog. There is also a translate button at the bottom so you can translate each page
Posted by Angelo senza la o at 5:20 PM

Email ThisBlogThis!Share to TwitterShare to FacebookShare to Pinterest
Labels: 2012 Tirreno-Adriatico