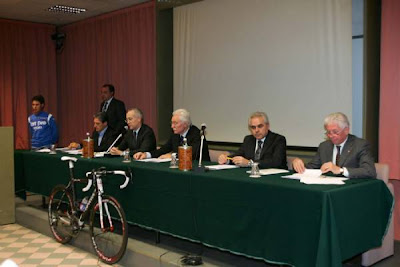 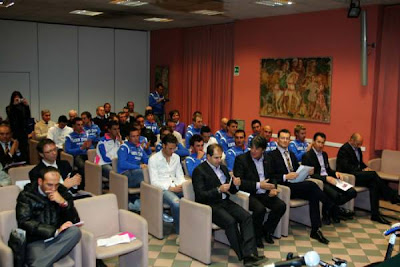 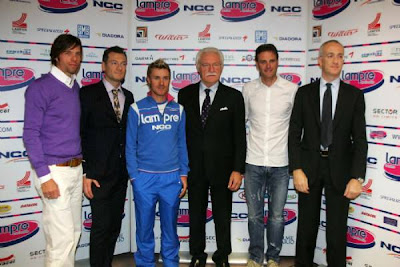 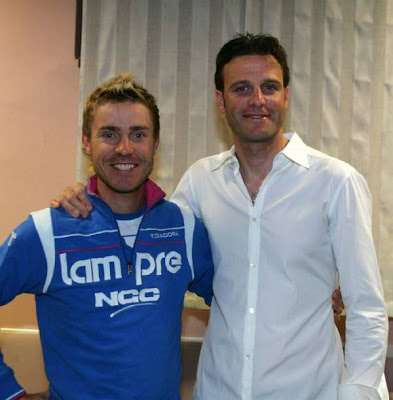 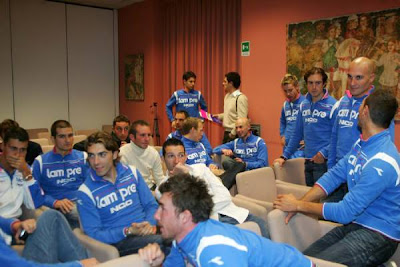 Regarding the The UCI ProTour Council (UPTC) exclusion of Lampre-Farnese Vini's registration, and referring the decision of cancelling its ProTour license to the license commission, team manager Giuseppe Saronni said, "Failure to receive the license is not even an idea." Saronni is personally working with UPTC officials to meet the deadline of December 20.

Alessandro Petacchi, who just joined the team, is confident that Saronni will resolve the team's ProTour licence problem. Petacchi joined Lampre partly because of its ProTour or top division status. He spent the last two seasons with LPR Brakes, a second division team that had to rely on wild card invitations to some of cycling's top races.

Photos: images of one the team meetings (odd that Farnese Vini logos are not appearing yet; maybe after 1/1/2010?)

Stories for the Italian Cycling Journal welcome; contact me at veronaman@gmail.com. There are more than 1,100 stories in this blog; the search feature to the right works best for finding subjects in the blog.
Posted by Angelo senza la o at 3:04 PM

Email ThisBlogThis!Share to TwitterShare to FacebookShare to Pinterest
Labels: Lampre