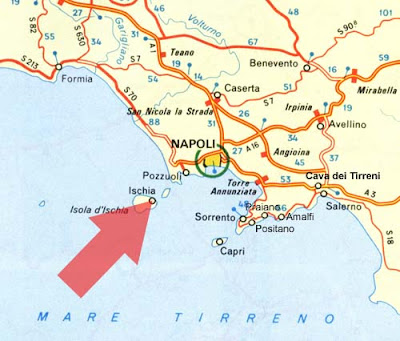 The small island of Ischia at the northern end of the Gulf of Naples has hopes of once again hosting a stage in the Giro d'Italia.

The only time the Giro has visited Ischia was in 1959 for a 31 km time trial stage, Stage 8. It had been anticipated that the winner would be Jacques Anquetil but the surprise winner was Antonino Catalano (Bianchi-Pirelli team) from Palermo, Sicily.

The bid for a stage for 2013 was submitted by the mayor of the comune of Ischia, Giosi Ferrandino and municipal sports representative Gianluca Trani. Trani said, "We know there is the declared intention of the organizer, RCS Sport, to provide maximum visibility to the South. So, it seemed appropriate to present our application well in advance to Mauro Vegni, technical director of the event."

Ischia is roughly trapezoidal in shape. It measures approximately 10 km east to west and 7 km north to south and has about 34 kilometers of coastline. Tourism is the main industry. 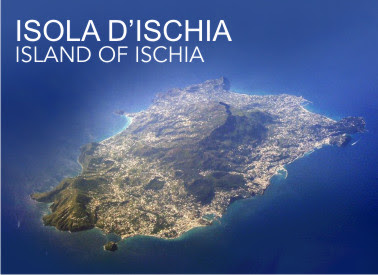 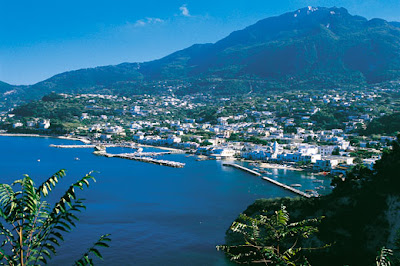 Stories for the Italian Cycling Journal about rides, granfondos, touring, having a good time cycling in Italy, Italian cycling history, etc. are always welcome. Contact me at veronaman@gmail.com. There are more than 2,100 stories in this blog. The search feature to the right works best for finding subjects in the blog. There is also a translate button at the bottom so you can translate each page.
Posted by Angelo senza la o at 5:43 AM