"Just to win a salami in ridiculous races." 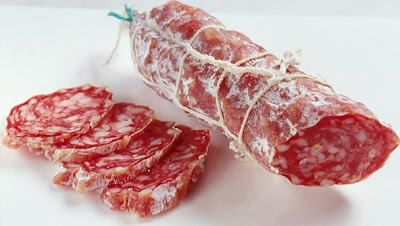 “Interest in doping has lessened,” Italian Olympic committee (CONI)head Ettore Torri said at an anti-doping conference in Faenza. “Before there were few tests and the penalties were light. Now it’s not worth it any more.”

He claims, however, that while the situation among professional riders has improved monumentally the situation in amateur racing is getting worse. "The situation there is serious. I’ve met entire families who dope. From lawyers to manual labor workers, they do anything just to win a salami in ridiculous races.”

It's not only in amateur races. Several of the major granfondo events have been tainted by doping.

On the subject of doping, the "my steak was tainted" defense by Alberto Contador begins tomorrow before the Court of Arbitration for Sport in Lausanne, Switzerland. The hearing will last until Thursday, a decision is not expected until next year. This for Contador's positive for Clenbuterol in the 2010 Tour de France. If the finding is in favor of the UCI, Contador could be stripped of his 2010 Tour de France and 2011 Giroi d'Italia victory (more backgound here). 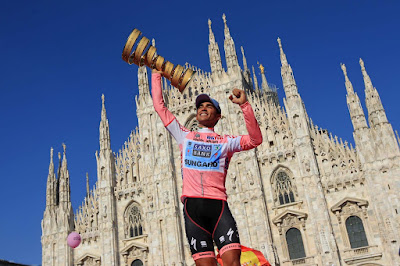 Stories for the Italian Cycling Journal about rides, granfondos, touring, having a good time cycling in Italy, Italian cycling history, etc. are always welcome. Contact me at veronaman@gmail.com. There are more than 2,200 stories in this blog. The search feature to the right works best for finding subjects in the blog. There is also a translate button at the bottom so you can translate each page.
Posted by Angelo senza la o at 6:43 AM

Email ThisBlogThis!Share to TwitterShare to FacebookShare to Pinterest
Labels: Doping