Will the Lion King Roar Back? 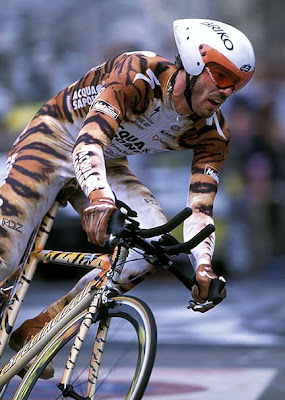 In an interview with La Gazzetta dello Sport, Mario Cipollini, now 45 years old, has said he wishes to ride the 2012 Giro d’Italia as lead-out man for Andrea Guardini on the Farnese Vini-Selle Italia team.

"I want to return to racing by coming to the Giro and lead out the sprints for Guardini. I feel good, and what is a good sign is that I feel an extreme desire to work hard. I weigh 90kg, 8 more than when I was in top condition, but it’s not excess fat, just muscle, especially in my arms and trunk. My legs are perfect. I have some little pains in my knee and back, but my motor is good, and capable of standing up to this gamble. Guardini has talent and races on my bikes. It would really be a beautiful challenge to be one of his domestiques at the Giro, and if I pulled the sprint for him against Cavendish, how many would he win?"

However, with the Giro starting in May, Cipollini is up against the UCI rules which require a retired rider returning to competition to a) notify the UCI six months in advance, and b) participate four months on the anti-doping register. Rules which Lance Armstrong received an exemption from so he could race the Tour Down Under in 2009.

Cipollini last raced in 2008 after signing a contract with the USA Michael Ball's Rock Racing team and riding in the Tour of California. 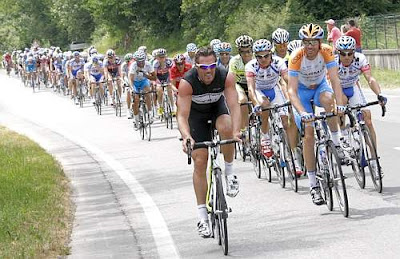 All I know is that it would be very entertaining to see Mario back.

Stories for the Italian Cycling Journal about rides, granfondos, touring, having a good time cycling in Italy, Italian cycling history, etc. are always welcome. Contact me at veronaman@gmail.com. There are more than 2,300 stories in this blog. The search feature to the right works best for finding subjects in the blog. There is also a translate button at the bottom so you can translate each page
Posted by Angelo senza la o at 6:24 AM

Email ThisBlogThis!Share to TwitterShare to FacebookShare to Pinterest
Labels: Cipollini