Every once in awhile we detour from Italian cycling to another subject area...

I read earlier this year that the Tour de France organization had contracted with a U.S. company, Cycle Force Group, to market and provide Tour de France logo'd bicycle computers, helmets, water bottles, and those sorts of things. The Force Group is an Ames, Iowa, USA, based importer of bicycles (can you say Smith&Wesson, Nascar, Polaris branded bicycles as examples), parts, and accessories.

However, the announcement that I received today that the Cycle Force Group would be supplying "Tour de France" branded bicycles surprised me. I am sure it must be a very interesting story as to how the world’s most recognized bicycle race has teamed up with an Ames, Iowa company to launch a Tour de France bicycle brand.

However, the biggest surprise are the bicycles. Let's just say that they don't bring to mind any bicycle that you would actually see being raced at the Tour de France; see the catalog.

I have wondered if Director of the Tour de France Christian Prudhomme has seen any in person? Or, what does Bernard Hinault think about them?

At least the Giro d'Italia went to Cervelo for a "Giro d'Italia" (admittedly, it was a special edition for the 100th anniversary). 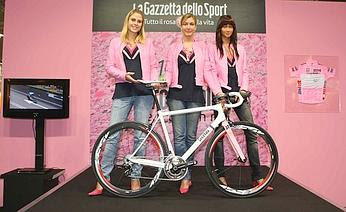 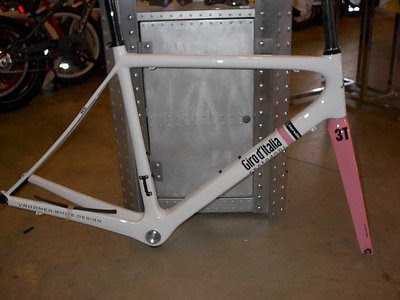 Stories for the Italian Cycling Journal about rides, granfondos, having a good time cycling in Italy, Italian cycling history, etc. are very welcome. Contact me at veronaman@gmail.com. There are more than 1,600 stories in this blog. The search feature to the right works best for finding subjects in the blog. There is also an Italian weather widget along the right side and a translate button at the bottom so you can translate each page. What I'm riding.
Posted by Angelo senza la o at 3:55 PM