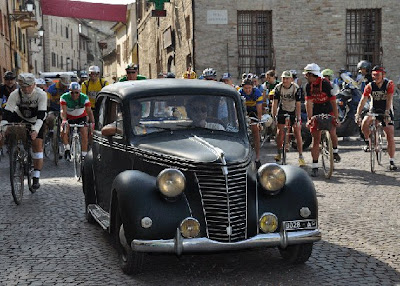 "I Forzati della strada" (The Convicts of the Road) vintage ride event will be held on July 28th in Montelparo, the beautiful village overlooking the hills of the province of Fermo in the Marche region.

The name "I Forzati della Strada" originates from French journalist Albert Londres. He was a foreign affairs reporter for Le Petit Journal of Paris. In 1923 he went to the French penal colony of Cayenne in Guyana. Describing the horrors, his reports produced reactions in public opinion. Shortly after returning from Cayenne he was invited to follow and report on the 1924 Tour de France. His observation was that suffering of the riders and the convicts of Cayenne were similar. He referred to the Tour de France as the "Tour de Souffrance" (Tour of Suffering) and that the riders as the "Les Forçats de la route" (The convicts of the road; in Italian, I Forzati della strada). For this reason, this year's event is being held during July, the month of the Tour de France.

The event is part of the Giro d’Italia d’Epoca and offers participants the opportunity to choose between two routes of 40 km and 80 km, all in the open countryside and half on dirt roads. The group will be escorted by vintage cars and motorcycles, just to recreate the atmosphere cycling that is usually seen in faded black and white movies. Along the route way there will be a number of dining surprises of food and wine. To cool yourself you can also stop at some of the old water fountains in the ancient villages that dot the route.

To give an oportunity to those that do not have a vintage bicycle, road bikes (no mountain bikes permitted) of any vintage will be allowed but cycling kits prior to 1985 will be required.

The first 100 subscribers will be a given special pacco gara (race packet). All participants will have a lunch of specilialties from Fermo. During lunch the random draw prizes will be drawn, one of which will be a pair of custom made leather cycling shoes by Carlo Corvaro. 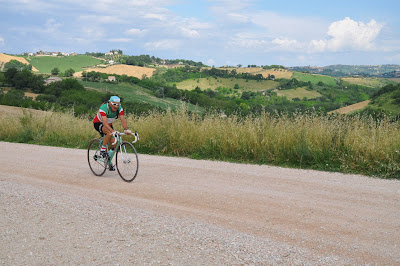 Marche is a beautiful region which more cyclists need to discover. 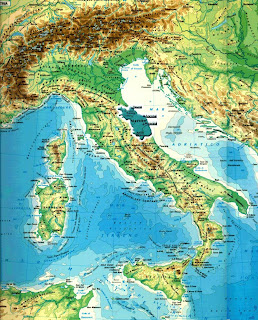 Stories for the Italian Cycling Journal about rides, granfondos, touring, having a good time cycling in Italy, Italian cycling history, racing, etc. are always welcome. Contact me at veronaman@gmail.com. There are now more than 2,700 stories in this blog. The search feature to the right works best for finding subjects in the blog. There is also a translate button at the bottom so you can translate each page.

Email ThisBlogThis!Share to TwitterShare to FacebookShare to Pinterest
Labels: I Forzati della Strada