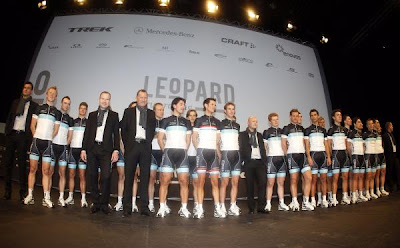 The new powerhouse team of Team Leopard-Trek was announced yesterday. It begins as the number 1 ranked ProTeam on the basis of the points its riders have accumulated over the last two seasons.

Andy Schleck (2nd at 2010 Tour de France), brother Fränk Schleck (1st 2010 Tour de Suisse) and Fabian Cancellara (winner of Tour of Flanders and Paris-Roubaix in 2010) are the big guns on the team.

The Italian riders on the team are sprinter Daniele Bennati, Giacomo Nizzolo and Davide Viganò.

Expect to see a lot of this jersey this season: 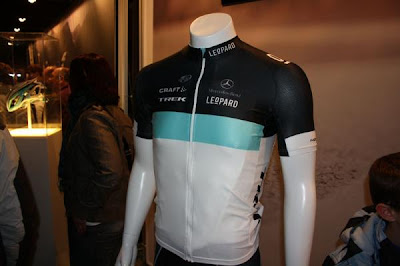