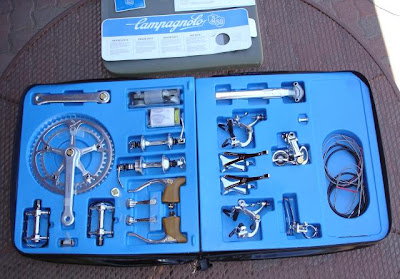 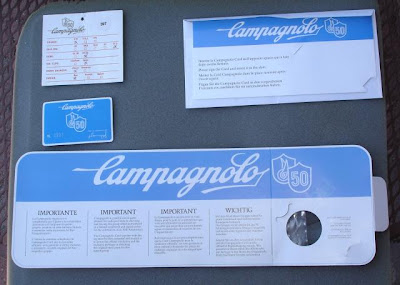 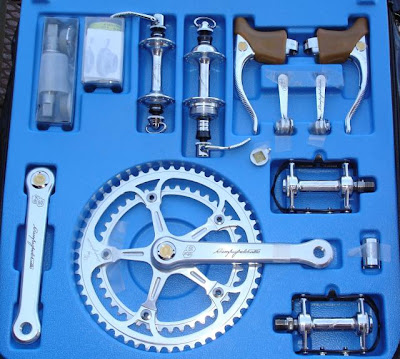 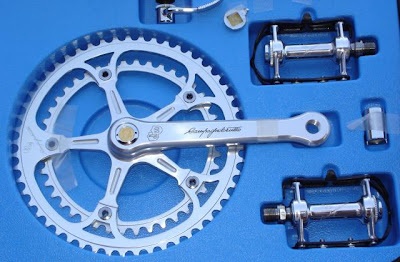 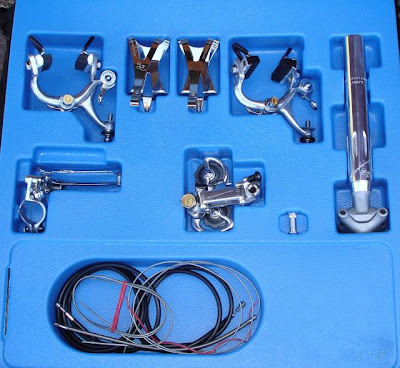 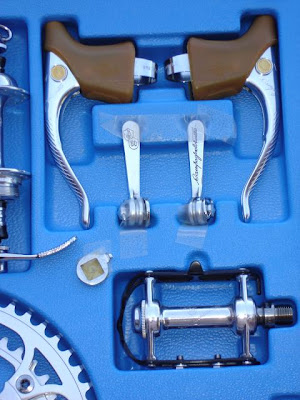 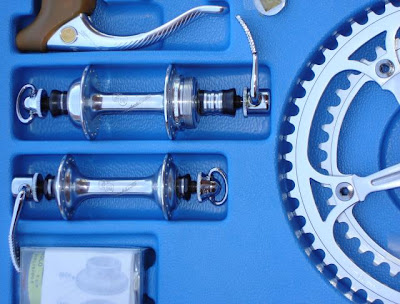 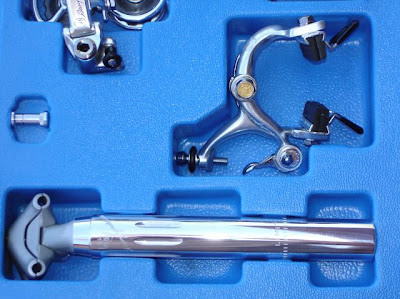 Just yesterday I was blogging about Campagnolo's Super Record gruppo introduced for their 75th anniversay priced at $3,200. In 1983 Campagnolo also released a special gruppo for their 50th anniversay. It was much more beautiful, in my opinion, and complete than the current offering. The 50th anniversary gruppo was beautifully engraved, had gold accents, and came with its own presentation case. Gruppo 00002 was presented to Pope John Paul II. There were approximately 15,000 of these anniversary gruppos made. From time to time a complete set comes on the market as is the case here. Being sold by a friend he purchased the gruppo in 1983 when they first came out. Through the years he resisted the temptation to mount it on a frame; it has remained tucked safely away in the back of a closet ever since he acquired it. The parts have never even been removed from the case (the tape holding them in is still there).
He also still has all of the original paperwork for the gruppo, and the envelope it came in, the numbered card, cables, and the Campagnolo seal that came on the case.

It strikes me as a much better value at $4,000, especially for a low serial number of 397. My friend can be contacted at wbnash AT msn DOT com for more details.

Photos: are of the actual gruppo being sold
Posted by Angelo senza la o at 8:18 AM