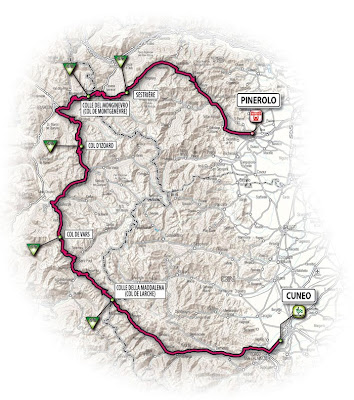 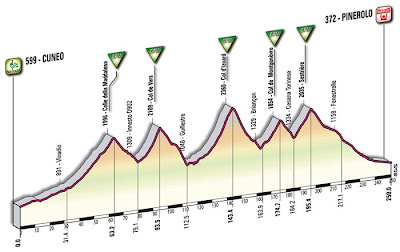 Italian cycling fans (tifosi) were asked in a ballot, "Which will be the hardest stage in the 2009 Giro del Centenario?" 8,500 cyclists voted as follows:

Photos: profiles of the 10th stage, voted the most difficult

NOTE: ON APRIL 8TH, 2009, THE ORGANIZER OF THE GIRO D'ITALIA ANNOUNCED A ROUTE CHANGE FOR THE CUNEO-PINEROLO STAGE. SEE: http://italiancyclingjournal.blogspot.com/2009/04/stage-10-cuneo-pinerolo-modified.html