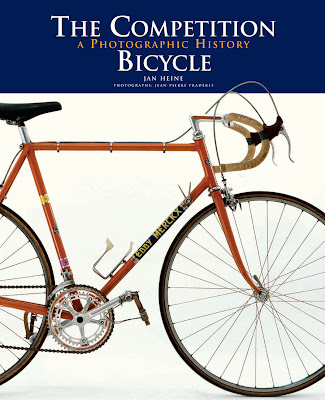 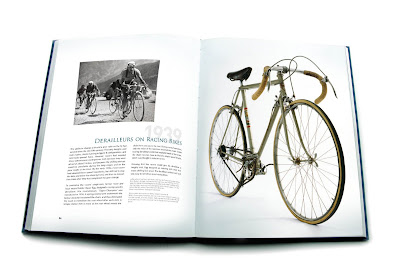 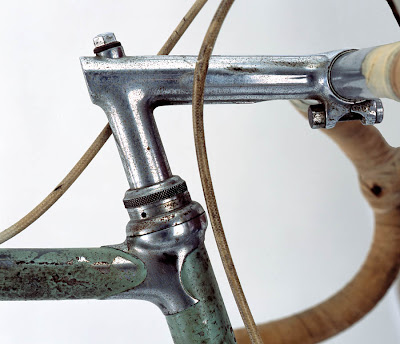 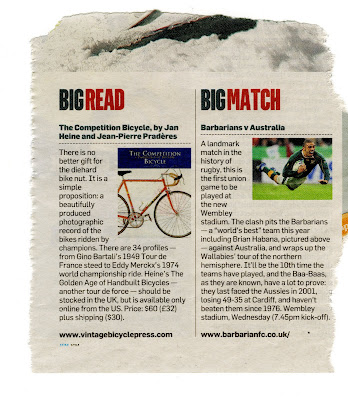 Great champions battled the mountain passes of the great tours. Others whirled around the banked oval of a track. Randonneurs embraced the open road unsupported. Newspaper carriers raced each other over the cobblestones of Paris with 15 kg of newspapers on the front rack. Mountain bikers did away with roads altogether and raced on mountain trails.

Their bicycles are shown in The Competition Bicycle, from a rare 1890s racing High Wheeler to Tony Rominger's 1994 hour record bike. In between are 32 carefully selected bicycles. Most are the actual, unrestored machines ridden by the great champions. These bikes tell their stories through sweat-stained handlebar tape and well-worn saddles. Each bicycle represents a milestone in the history of cycling competition, as well as in the development of cycling technology. Italy is represented in the book by Fiorenzo Magni (his 1948 Wilier Triestina), Gino Bartali (his 1949 Tour de France, Bartali), Fausto Coppi (his 1949 Tour de France-winning Bianchi) and Francesco Moser (his 1984 hour record bike, Moser). The book also features a Cinelli Supercorsa (1965, full Spence Wolf equipment), a De Rosa/Eddy Merckx (1974 world championship-winning bike of Eddy Merckx) and a Colnago (1994, the hour record bike of Tony Rominger).

The Competition Bicycle is a celebration of beautiful bicycles lovingly crafted for one purpose only: to go as fast as possible.

The Author: Jan Heine is editor of Bicycle Quarterly, a magazine about classic bicycles and cycling's history.
The Photographer:Jean-Pierre Pradères' photography has been published in many magazines and books, including the Guggenheim Museum's The Art of the Motorcycle.

Photos: images from the book used with the permission of the author (incl. the DeRosa made Eddy Merckx, and Fauto Coppi's Bianchi); review from Britain's "The Sunday Times".
Posted by Angelo senza la o at 1:36 PM