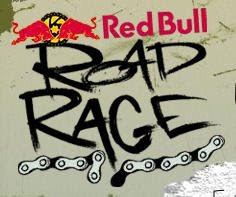 The 1st edition of the Red Bull Road Rage: Cortina D’Ampezzo (BL) will be held 20 and 21 June. This is a very fast down hill race of 5km in which adrenaline plays the leading role. The race will begin in Località Rio Gere and will arrive in the centro storico of Cortina D'Ampezzo.

But what type of race is it? It’s a “four-cross” competition, with tennis-style qualifiers: four riders race each other on a downhill, asphalt, road course and only the first two make it to the next stage; the best 32 will compete in the final. The Red Bull Road Rage will take place over two days: on Saturday, the 100 participants will compete in the qualifiers, with the best 24 among them entering the finals, to be held on Sunday, together with 8 more athletes that will be reinstated in the next round of qualifiers, to take place on Sunday morning. The 32 fastest participants will then compete in four-rider heats and the first two in each one will then go on to the next stage, until the actual final. The course involves 13 demanding bends and a 400-meter altitude drop over 5 kilometres.

The event is open to 100 registrants.

Two time World Champion and 2004 Olympic Gold medalist Paolo Bettini who will be starting the event said, “In my cycling career I did alright downhill and my downhill skills played to my advantage also when I decided to have a go at rallying, but here, at the Red Bull Road Rage, it will be all different and the idea to serve as honorary starter in a totally new event is rather exciting”.