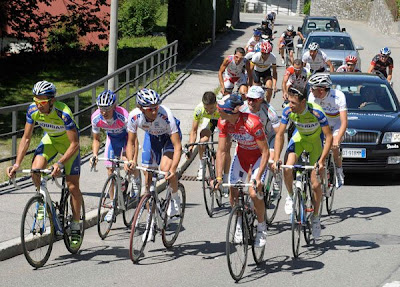 The course is 13.8 Km in length and will be ridden 19 times for a total of 262.2 Km. Each circuit has a total of 245 m of climbing for a race total of 4,655 m. There are two climbs on the course. The first of Acqua Fresca has a section of 780 meters which has a 10%+ average, sometimes reaching 12%. The second climb of Torrazza di Novazzano, well remembered from the duel between Felice Gimondi and Eddy Merckx during the 1971 World Championship, is 1,750 meters long with a 10% average.

In Danilo Di Luca's opinion, "Here there is only one man to battle: Alejandro Valverde". Franco Ballerini, after declaring the course as being very difficult, expects it to be another Italy vs. Spain duel. Ballerini also thought Samuel Sanchez and Andy Schleck would be challengers for the victory. Ivan Basso named Fabian Cancellara as an adversary to fear.