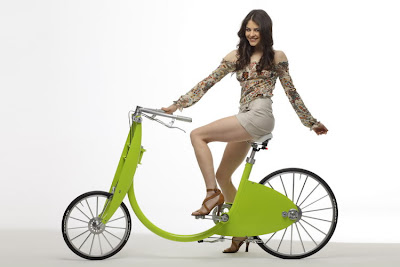 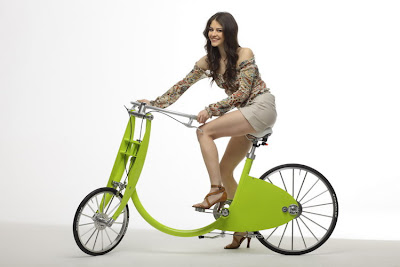 MILAN, Italy – 2009 was a fantastic year for the Italian bicycle industry despite, or even because of the economic crisis. The economy was in depression but unexpectedly, the government offered badly needed help to the bicycle industry in form of incentives to spur bike sales at consumers. It was a first for the European cycling industry and was followed by a smaller program in the third quarter of 2009.

The incentives had incredible success. Domestic bicycle consumption jumped by 7.1% to 1.93 million. Bicycle production increased to some 2.59 million units (an increase of 8.6%) from 2.38 million in 2008 even with Italian bicycle exports down to only 1.28 million (a decrease of 17.3%) due to the worldwide economic crisis.

The average value of exported bicycles rose: € 92.58 per bicycle from € 80.71 in 2008. According to statistics from ANCMA (Associazione Nazionale Ciclo Motociclo Accessori, the National Association for the Bicycle and Motorcycle Industry), 2009 imports of bicycles dropped to 0.63 million, a substantial decrease (10.9%). The median value of imported bicycle rose to € 126.08 (from € 111.54) confirming a trend to higher value bicycles in Italy.

In Italy the economic crisis was in full swing at the beginning of 2009 and the bicycle industry had been suffering since the last quarter of 2008. Fortunately the ANCMA’s efforts to convince the Italian government to support the bicycle industry paid dividends. For the first time (in both Italy and in Europe) a government gave direct incentives to consumers when purchasing new bicycles.

The Ministry for the Environment incentive program had a budget of € 8.75 million to stimulate purchases of bicycles, small scooters, and e-Bikes/pedelecs. The program started on 22nd April 2009 and from the very first day a huge number of people seized the opportunity. Although the government’s computers did not work properly the number of requests was so great that 99.5% of the budget was directed toward the purchase of 40,270 bicycles within 4 weeks.

“No one expected such a positive reaction and the computer lines were not designed for such a storm of requests” said Pietro Nigrelli, the man responsible for the bicycle department at ANCMA. Due to the fact that many applicants were rejected because of technical reasons, the government released an additional budget of € 2.46 million. In total 46,570 bicycles were purchased with these incentives.

The second scheme of incentives ran in September and was amended according to the previous experience – in terms of the computer system used and in limiting the budget available for the different groups, to avoid the bicycle requests overrunning those for small scooters with eco-friendly engines, as happened with the first scheme. The governmental budget for bicycles was limited this time to € 7.44 million and to € 200 for each consumer’s bicycle purchase. The second scheme although late in the year was a success as well and a total of 56,930 bicycles were sold.

The grand total of bicycles sold with the governmental incentives was 103,500 units in 2009. Not only bicycles were sold but customers also bought other cycling products, such as gloves, glasses, shoes, spare parts, etc. Even more important for the future – the fact Italians discovered ‘normal’ cycling again.

Without any doubt the governmental incentives gave a great push to the bicycle market in Italy in 2009. Not only did it save the bicycle industry during the economic crisis, it brought end-users back to the bicycle shops as consumers re-discovered the enjoyment of cycling.

One clear indication of bicycle quality increasing in Italy is the fact the average price of imported bicycles were 13% higher at € 126.08 in 2009 (from € 111.54 in 2008). As an IBD says, “The clients seem to be looking for a better city or sport bike”. The logic indicates that thanks to the incentives end-users did not mind riding a better bike.

With the help of the government incentives 2009 turned out to be a revival year for the bicycle industry. According to ANCMA statistics Italian bicycle production went up 8.6% from 2.38 million, to 2.585 million bikes.

But the market also saw a major shift to City and Sport bikes, which rose to 35% of market share, from only 18% in 2008. It is a clear indicator as to which side of the market the governmental incentives went. At the same time the share of childrens’ bikes decrease to 25% (from 45%). Road racing bikes, the fame of the Italian industry, had a market share of 5%, an increase from 4% in 2008.

The e-Bike became important in Italy in 2009. Although there are not particular statistics about e-Bike sales yet, Pietro Nigrelli of ANCMA estimates some 40,000 were sold in 2009 (from 10,000 in 2008). This increase is most probably thanks to the help from the incentive program. Normally only around 20,000 units would have been sold in 2009.

Consumers are starting to get accustomed to power-assisted bicycles. The acceptance of e-Bikes is growing in Italy, but it is still far from the status they enjoy in the northern European countries. Even if end-user prices did not reach the level of similar products in Holland, clients are willing to pay around € 1,200 for a high-quality e-Bike.

The possible surging of this segment in Italy could lead to an increase in bicycle imports. The local production cost is too high to compete against low-cost Chinese-made e-Bikes. At this point the question of anti-dumping measures may have to be seriously considered to protect the Italian and European e-Bike production. For more on this see the interview on page 7 of this issue.

Italy, with various saddle makers like Selle Royal, Selle Italia, Selle San Marcos etc. and component makers like Campagnolo and Miche, is one of the few European countries with an extensive bicycle component industry. In 2009 the export of parts and components continued decreasing from the low figures registered in 2008. The Italian ISTAT Statistics Bureau shows the export value of Italian-made components declined by 9.5% from € 385.08 million to € 348.47 million in the year 2009. It also meant a lost of 7.2% in the quantities exported.

In any case the change in the industry has been very profound over the past few years, but in 2009 it can be argued that the world financial crisis was part of the decline. The manufacturing of large amounts of different components has been reduced to the very healthy and high-value product categories – saddles, wheels, Campagnolo products, and the famous Italian road-racing frames. Other components are more or less succumbing to competition from Asia.

The Italian saddle makers’ sales declined a bit and recorded an overall 6.9% export decrease in 2009 to € 71.74 million from € 77.06 million in 2008, which also meant a huge 17.9% decrease in quantity. The anti-dumping duties on saddles did not stop the concentration of Italian saddles into the high value segment. This trend should continue in the next future.

Export of high value products like wheels is most probably increasing. Unfortunately it is difficult to evaluate these items because the statistics do not sort out these products in a specific group. The large increase in export of chainwheel sets and its components continues as well. The statistics show this segments increasing by 9.2% and 43.7%, to € 22.9 and € 5.3 million in 2009.

The export of gears for group sets was stable in value at € 16.6 million but it shows an enormous decline of 39.1% in units. These figures show a trend towards much higher-priced products in 2009. The well known Italian frames export decreased by 12.1% to € 22.6 million from € 25.71 million, a clear sign of the economy problems worldwide in 2009.

The strong (and unusual) increase in the home consumption of bicycles of 7.1% in 2009 is a big success for the Italian industry association ANCMA. This result is even more important if compared with the decrease of the bicycle market in the other European countries in 2009. The Italian market was down by the end of 2008 and the year started with a very uncertain economy situation, reaching its worst by March. Fortunately the long time efforts of ANCMA came to a happy end in April 2009, when the government began the incentive scheme for bicycles.

“We were very lucky to get the incentive scheme running just at the right time, otherwise it could have been very bad for some well-known companies in Italy,” reported Pietro Nigrelli ANCMA´s official responsible for the bicycle sector. “We were completely surprised by the positive effect the incentive scheme had on the consumers,” concluded Nigrelli. The year 2010 will be surely a less positive one for the bicycle industry, but the impetus given in 2009 may have changed the attitude of many consumers in Italy. It is easy to see more cyclists on Italian roads these days and that trend may continue in the future.

Photo (not published with above article): Shoppy Bike, manufactured in Tuscany by Officine Meccaniche Sereni.

Stories for the Italian Cycling Journal about rides, granfondos, having a good time cycling in Italy, Italian cycling history, etc. are very welcome. Contact me at veronaman@gmail.com. There are more than 1,500 stories in this blog. The search feature to the right works best for finding subjects in the blog and there is also a translate button at the bottom so you can translate each page.
Posted by Angelo senza la o at 5:52 PM