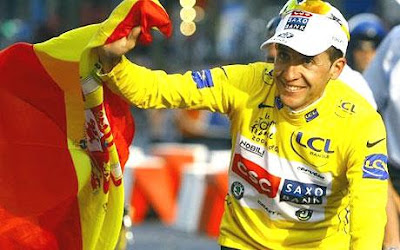 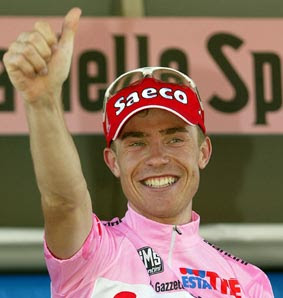 A sponsorship agreement has been signed between Geox president Mario Moretti Polegato and Footon-Servetto general manager Mauro Gianetti. The Italian shoe manufacturer will take over as primary sponsor of Gianetti’s squad, while Fuji will continue as bike supplier.

“I was contacted in June asked to present a plan,” Gianetti told La Gazzetta dello Sport. “I didn’t know the company directors personally but I spoke with the president and he told me of his idea of entering cycling because it’s a sport of great tradition, with a huge following and for people of all ages.”

The existing structure and team headquarters in Spain will be maintained but the squad will race under an Italian license in 2011. Former Saeco and Barloworld manager Claudio Corti will be team manager, joining sporting directors Stefano Zanini, Daniele Nardello and Joxean Fernández Matxin.

Former Tour de France champion Carlos Sastre, who won in 2008, was signed today. Damiano Cunego is rumored to be on the team’s wish list, but Sastre is the first signing for the 2011 season.

La Gazzetta reports that Damiano Cunego (Lampre-Farnese Vini) is Geox’s primary transfer target. As Footon-Servetto currently lie outside the top 17 teams in the UCI rankings and are thus not guaranteed a place in next year’s grand tours, Geox is keen to sign one of the stars of the Italian peloton in order to ensure its presence at the Giro d’Italia. Cunego is thought to fit the bill as he comes from the same Veneto region as the company (headquartered in Treviso) and he used to have a personal deal with Diadora sports equipment, which is now owned by Geox. The presence of his former manager Claudio Corti would be another motivation for Cunego to join the team. Perhaps also coming into play is the fact that Lampre-Farnese Vini has already signed Michele Scarponi to lead its Giro d’Italia challenge next season.

Geox will also sponsor a women’s team in 2011, based on the existing Safi-Pasta Zara structure.

Stories for the Italian Cycling Journal about rides, granfondos, having a good time cycling in Italy, Italian cycling history, etc. are very welcome. Contact me at veronaman@gmail.com. There are more than 1,500 stories in this blog. The search feature to the right works best for finding subjects in the blog and there is also a translate button at the bottom so you can translate each page.
Posted by Angelo senza la o at 6:34 PM