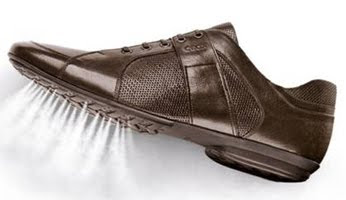 Team Geox was also hoping to sign Damiano Cunego but he has decided to remain with Lamprese-Farnese Vini (next year Lampre-ISD) for another two years. The 28 year old has been in Saronni's team for 7 seasons obtaining 26 victories, the most important being two Giro di Lombardia, Amstel Gold Race 2008, two stages in Vuelta a España 2009 and the white jersey in Tour de France 2006, in addition to the silver medal in the Varese 2008 World Championship.

2009 Giro d'Italia champion and two-time Vuelta a España winner Denis Menchov signed with Team Geox on August 19th. "We're very happy to see Denis Menchov understood how deep the project we have in mind at Geox is," said General Manager Mauro Gianetti. "He'll be forming a very competitive pair with Sastre for the big stage races. Menchov is a rider who excels in the time trials, and his characteristics will perfectly complement with the pure climbing style of Sastre. The Geox team is getting formed right within our plans, and we will add some interesting riders by the end of the season."

Another announcement coming this week was the merger of of Lampre and the Ukrainian cycling group ISD. The joint project, meant to have at least a three year term beginning in 2011, will be known as Lampre-ISD. In 2009 and 2010 ISD (a large big metallurgical company) supported an Ukrainian-Italian Professional Continental team and they have now decided to raise their level of involvement by joining a ProTour team.

Photo: Geox shoe. Geox is a well-known Italian footwear and clothing company famous for footwear with waterproof yet breathable soles.

Stories for the Italian Cycling Journal about rides, granfondos, having a good time cycling in Italy, Italian cycling history, etc. are very welcome. Contact me at veronaman@gmail.com. There are more than 1,500 stories in this blog. The search feature to the right works best for finding subjects in the blog and there is also a translate button at the bottom so you can translate each page.
Posted by Angelo senza la o at 7:43 AM