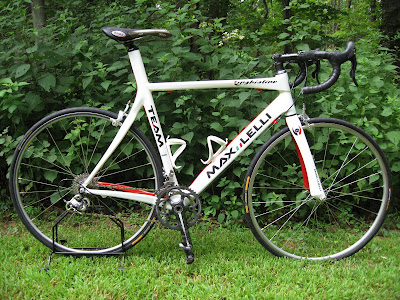 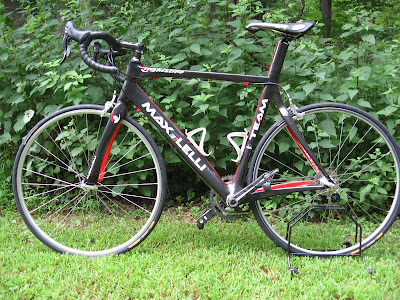 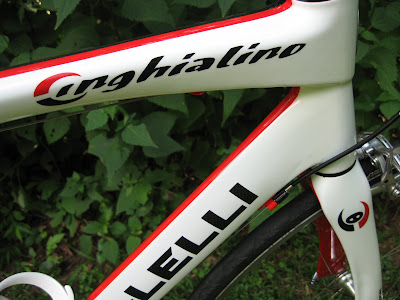 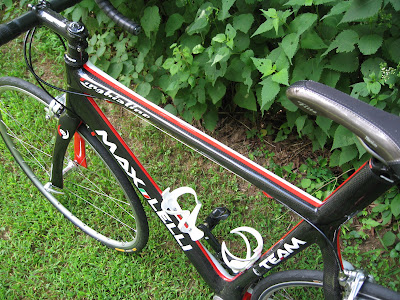 In a way this story begins in 2006. That's when I met Max (Massimiliano) Lelli for the first time and learned of his career as a professional racer in which participated in fourteen Tour de France and three World Championships. Lelli may be best remembered in pro cycling for his win in the 156 mile 1997 Core States USPRO Championships in Philadelphia, PA, where he made a solo attack in the last lap and won by 11 seconds.

In 2007 I met Max again, this time at the Maratona dles Dolomites where we had a nice chat on the day before the granfondo. It was later in 2007 that Lelli that would launch his own line of bikes at the 2007 Eurobike show. At Eurobike Lelli said, "It's always been a dream for me to have my own name on a bike I created. I've used all kinds of bicycles in my career, all the top brands, good and not so good. I raced for almost 30 years and I think I learned something about bicycles in that time so I wanted to create my own brand. After all of that riding, I think I even have the bicycle in my soul!"

Fast forward to 2010: I wasn't really looking for a new frame/fork project when I spotted a new Max Lelli Team for sale. Knowing the man behind the bike, having some familiarity with the frame and the fact that I like the more uncommon things in life, I decided to make the purchase.

The Team frame is very striking: it has a thin red center line that bisects the frame, the left side the frame is clearcoated 3k carbon weave and the right side of the frame is painted a pearlescent white. The lettering on the white side is exposed carbon weave and on the right side it is painted. The insides of the fork and chainstays are red. The dual personality of the bike is explained like this: "Anyone who spends a lot of time on a bicycle knows that there are different moods for different rides. Sometimes you want to take an easy spin and enjoy a bit of conversation with friends; sometimes you want to hammer and drop them like a ripe pomodoro. Each time you kit up to ride, you have an angel on one shoulder and the devil on the other: the Team gives you the opportunity to express both sides of your cycling personality."

My own bike dual personality is based upon a love of traditional, steel lugged bikes (especially those that have particular craftmanship or use unusual tubesets) and that about the curiosity of ever evolving carbon frame technology. Being fortunate enough to own some great steel, lugged, bikes the time had come to finally try a carbon bike, not withstanding a Kestrel 200SCi that I have.

I wanted to leap right into the present but I also wanted to have some uniqueness of design. The Team offered that with a monocoque 3K carbon composite frame, slightly sloping geometry, integrated seat mast, a unique overlay design for its integrated headtube, aero fork, and shaped tubes for an aerodynamic profile.

The most worrisome aspect of the build was the cutting of the aero integrated seat mast. I left that headache to my mechanic, "Pietro", who made repeated measurements of my reference bike before taking the saw to it. The mast uses the FSA system that works like this: 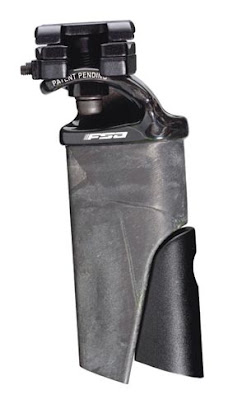 The system comes with several spacers so you can fine tune the height of your saddle. Pietro and I decided to cut the mast so that we would use one spacer so that if I change saddles in the future (and if the saddle rail height is different) I can remove it, or add spacers.

Ride verdict: Intoxicating! I was stunned. The ride feel is incredibly smooth and yet it's so stiff that you just want to go faster and faster...and you can. The downhill handling is solid (have not tested above 50 mph yet though...), and the climbs melt away. Just Fantastic.

The "Team" is currently the top of the line road frame available in the USA but the new "Vipera" (without seat mast) will occupy that spot in the near future; it is already available in Italy. 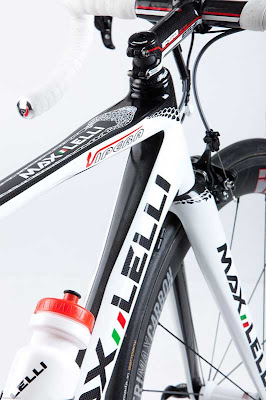 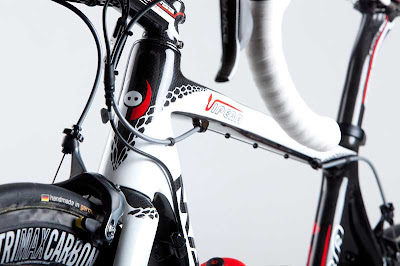 For more information about Max Lelli bikes, which include road, triathlon (Lelli was the Italian TT national champion in 1994) and mountain bikes visit MAX LELLI BIKES, www.maxlellibikes.com (within Italy www.maxlelli.com) 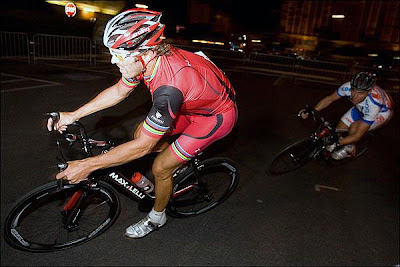 Stories for the Italian Cycling Journal about rides, granfondos, having a good time cycling in Italy, Italian cycling history, etc. are very welcome. Contact me at veronaman@gmail.com. There are more than 1,500 stories in this blog. The search feature to the right works best for finding subjects in the blog and there is also a translate button at the bottom so you can translate each page.
Posted by Angelo senza la o at 4:43 AM

Email ThisBlogThis!Share to TwitterShare to FacebookShare to Pinterest
Labels: Lelli