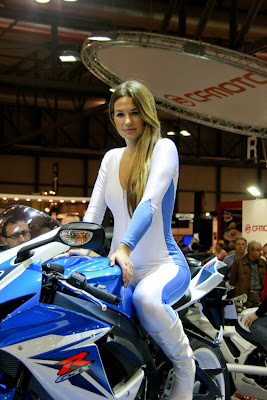 The EICMA's 68th International Bicycle and Motorcycle Exhibition, November 2-7, surpasssed all attendance records. There were more than 500,000 visitors for the combined show. But, the annual bicycle and motorcycle show in Milan turned out to be a motorcycle party only this year with the majority of the renowned Italian bicycle brands opting not to exhibit at the show. The ones who did exhibit were difficult to find as they were spread all over the fair grounds with their stands between the motorcycle brands and the accessories suppliers.

EICMA General Director, Costantino Ruggiero was very clear in his remarks regarding the disappointing turnout of the Italian cycling industry: “We seriously regret the absence of many bicycle manufacturers, including some who cancelled their booths very late. They upset many cycling enthusiasts who came to Milan, even though the news about this situation had been clearly spread through the website and any other available media.”

Prior to the show the EICMA indicated that the Milan show requires more to retain a leading position on the international market of bicycle shows. This consideration has prompted them to develop an undisclosed "highly innovated project" whose implementation has been scheduled for 2011.

The EICMA show has seen challenging times in the last few years due to the success of Eurobike (Germany) and EXPOBICI (Padova, Italy). To make matters worse, Eurobike is now set to launch a new, open to the public, bicycle exhibition in Berlin in 2011.

VELOBerlin will take place March 26 to 27, 2011 and will ring in the 2011 outdoor season at the Messe Berlin exhibition grounds, premiering as the new hub for everything to do with bicycles and urban mobility. “VELOBerlin is set to become the cycling industry’s main public exhibition, generating consumer interest in bikes and cycling at the start of each new season, and with an emphasis on urban mobility,” says Klaus Wellmann, CEO of Messe Friedrichshafen.

Stories for the Italian Cycling Journal about rides, granfondos, having a good time cycling in Italy, Italian cycling history, etc. are very welcome. Contact me at veronaman@gmail.com. There are more than 1,600 stories in this blog. The search feature to the right works best for finding subjects in the blog. There is also an Italian weather widget along the right side and a translate button at the bottom so you can translate each page. What I'm riding.
Posted by Angelo senza la o at 6:17 AM