A Visit with Damiano Cunego

Damiano Cunego lives in Cerro Veronese, in the hills 20 km to the north of Verona. There is a nice ride you can do from Verona to Piazza Borgo, for an espresso of course, in Bosco Chiesanuova that passes via Cerro Veronese. It's not too unusual to see Cunego out on training rides.

Damiano in front of his trophy case at home. 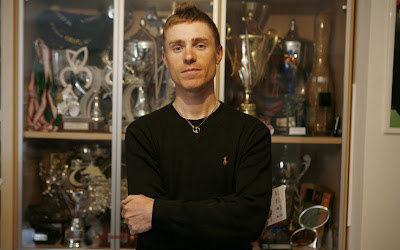 His trophy from his victory at the Amstel Gold Race in 2008 is his favorite. 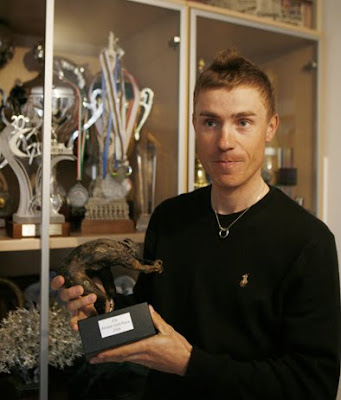 His 2004 Giro d'Italia pink jersey, the year he won the Giro. 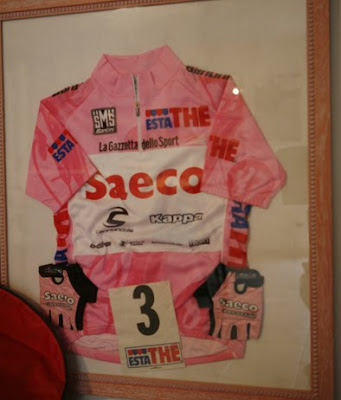 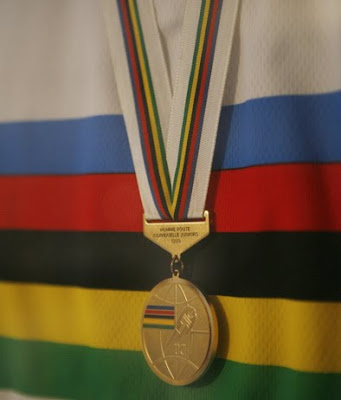 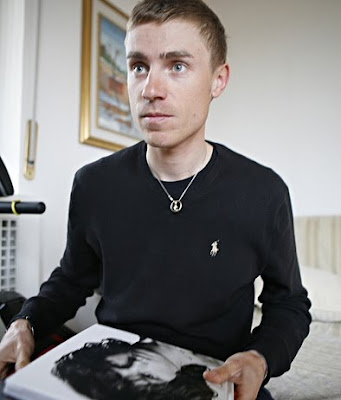 Favorite wine: Amarone made in his local valley. 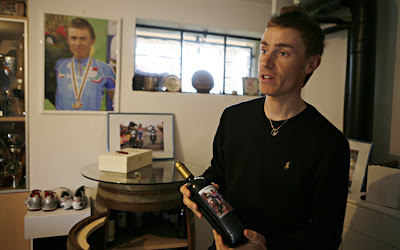 Why hasn't he won another Giro d'Italia? "“I’ve done other good Giri after 2004,” Cunego said. “I have developed: now I’m twice as strong as in 2004, but cycling has changed since then. I won a Giro in which there were, above all, Italian riders. Since then, there have always been a lot of foreigners, with strong and competitive teams, and the level has changed. However, I’m always there and it’s not easy always being there.”

Stories for the Italian Cycling Journal about rides, granfondos, having a good time cycling in Italy, Italian cycling history, etc. are very welcome. Contact me at veronaman@gmail.com. There are more than 1,600 stories in this blog. The search feature to the right works best for finding subjects in the blog. There is also an Italian weather widget along the right side and a translate button at the bottom so you can translate each page. What I'm riding.
Posted by Angelo senza la o at 11:10 AM

Email ThisBlogThis!Share to TwitterShare to FacebookShare to Pinterest
Labels: Cunego