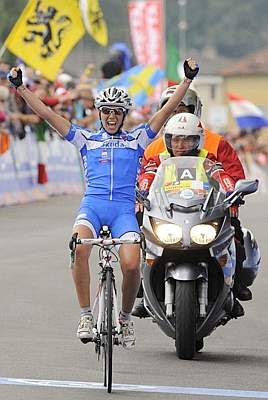 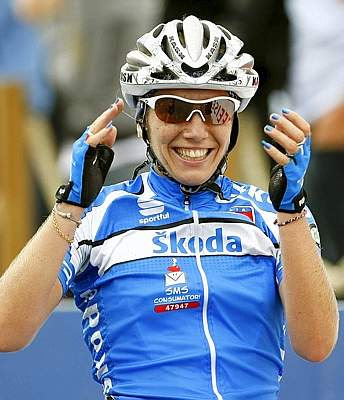 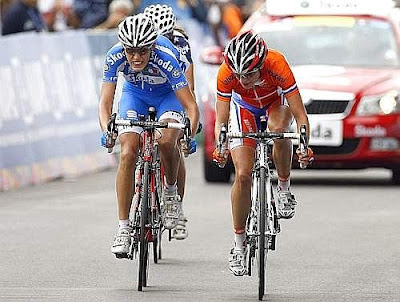 Italy's Tatiana Guderzo is the new Women's Road Race world champion, and Noemi Cantele added a bronze medal to her TT silver medal. In a race that confirmed the difficulty of the course, a short 13.8-kilometre circuit that was repeated nine times and had two climbs, the Azzurrra team proved to be the strongest and was able to dominate the race.

Bronzini and Baccaille worked very well during the first part of the race, then Tamanini and Luperini increased the tempo during the second part. With three laps remaining Cantele attacked on a climb and completed a lap on her own which forced key rivals the U.S. and Netherlands' Vos to chase. On the the last climb of dell'Acquafresca, Guderzo attacked and escaped along with Vos, Armstrong and Cantele. On the descent Guderzo attacked again, gained fifty yards and was able hold her lead up the Novazzano climb and endured to the finish for a solo victory. Cantele, Vos, and Armstrong fought a sprint finish for the remaining podium spots with Vos taking silver and Cantele bronze.

Stories, including cycling trip stories, for the Italian Cycling Journal welcome; contact veronaman@gmail.com. See here for a chance to win a T-shirt for submitting a story.
Posted by Angelo senza la o at 6:48 AM