Pietro in Verona: Cycling and Aida 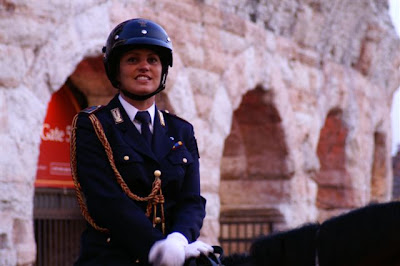 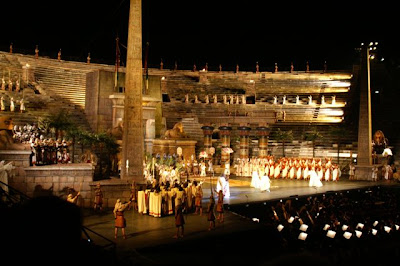 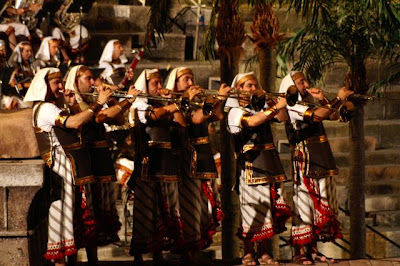 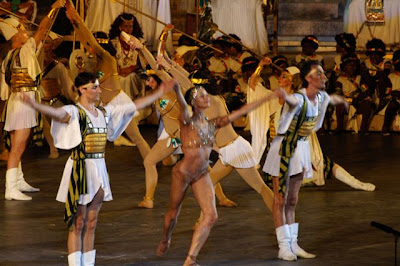 My friend Peter, aka "Pietro", files his second report from Verona where he's riding before hooking up with an Andy Hampsten tour.
"Thursday, August 27th. Pretty much a rest day and it is broiling again in Verona. Man, if you walk in the sun, it’s roastville. I try to walk in the shade but even so its sweatsville.
I had cappuccino and croissant at the TUBINO coffee shop Angelo recommended. The cappuccino and croissant were most excellent.
I did some walking around and decided to go into the Duomo. They do great work in these churches.
Later in the day, I decided to go back to Chesini bike shop to visit Paolo. There were a bunch of guys talking English so I went upstairs to check out the clothes again. When they came up, I started a conversation and lo and behold these were guys from the tour. One of the leaders was there, Bruce Hildebrand (he used to race with Bob Roll, etc., and is a journalist). He talks about all the guys he’s interviewed, working the TdF, knowing just about everyone. Anyway, I bought another bike outfit (Les Amis de Eros and Chesini).
As I was trying on the shorts, I ask if they could take my bike box to the hotel. Talk about fate, I took them back to my hotel and loaded both my bike and bike box into their van. Now, tomorrow morning, I just call a taxi and take my two bags with me (saved me from having to deal with four items). Also, as we were leaving, they were talking to a man and a woman. It was Andy Hampsten and his assistant Elaine. We made our introduction.
Found a good restaurant in the shade and had dinner prior to the opera. After dinner, a little bit of people watching. The Italians know how to dress as you can see by the Carabinieri. Then, I go to watch Aida. The seats on the side were really close, much closer than the ones for Carmen. This was a spectacular production as you can see by the pics. While the people I am riding with are almost all hard core, the ballerina had less body fat than any of them. Of course, the opera starts at 9 PM and doesn’t end till 1 AM.
I have to get up at 7 AM to eat breakfast and get cab at 8 AM to hotel near airport. Not much sleep.
Pietro"
Stories, including cycling trip stories, for the Italian Cycling Journal welcome; contact veronaman@gmail