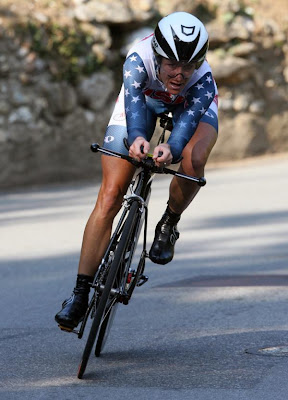 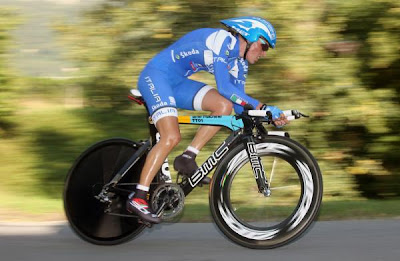 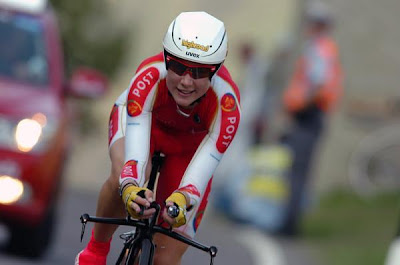 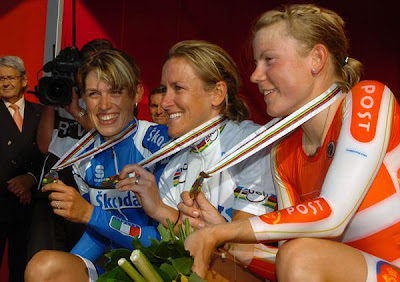 At the first timing point, after 6 km, Cantele was fourth at 22 seconds behind Kristin Armstrong. Then second in the next two intermediate timing points behind Armstrong. At the finish a silver medal.

This is only the second time that Italy has won a medal in this specialty, the first having been a bronze medal by Alessandra Cappellotto in Lugano in 1996.

Of her silver medal performance Cantele, who races for the Bigla squad, said, "I did not know what were my feelings in the race. I could not believe the times I heard over the last five kilometers. I was delighted. And, you think this is my first World Cup. The idea came after I won the tricolor jersey. I said to myself "why not think about doing the race in Mendrisio?".

"I left the start without a heart rate monitor, no odometer, and I decided to give up on the radio. The information they gave me was from the megaphone but with the roar of people I could not hear anything. Perhaps before today I had it all wrong."

With the gold medal, American Kristin Armstrong closes her career after also winning the Olympic title in Beijing in 2008 and another World Cup 2006 in Salzburg. "It does not matter what year and how many time you are world champion, it is always the best feeling in the world," she said.

Photos (by Bettini and Sirotti): Armstrong, Cantele, Villumsen; with their medals

Stories, including cycling trip stories, for the Italian Cycling Journal welcome; contact veronaman@gmail.com. See here for a chance to win a T-shirt for submitting a story.
Posted by Angelo senza la o at 6:37 AM