Franco Ballerini, the Italian national team coach, may be announcing the squad for the World Championship as early as tomorrow. He is currently at the Vuelta evaluating the performances of Italians in the race. Veronese Damiano Cunego must be impressing him greatly now having won two difficult mountain stages, and has a chance of being named team captain.


Here is Giuseppe (Beppe) Saronni winning the 1982 World's, in England, at the expense of Boyer and Le Mond.

His bike was a Colnago, and a replica is being sold now by Colnago: 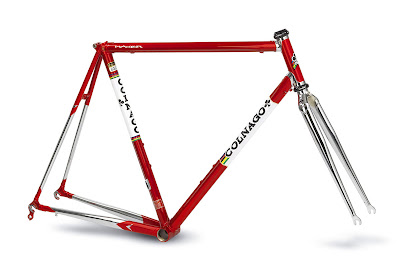