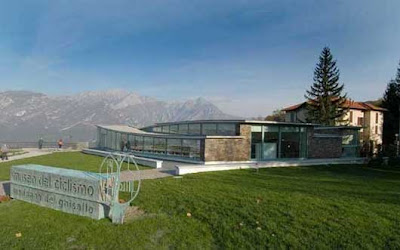 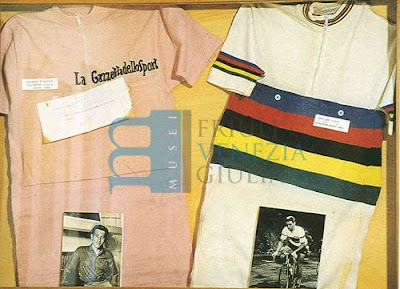 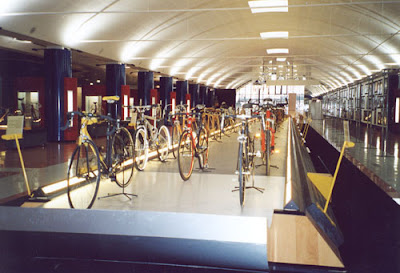 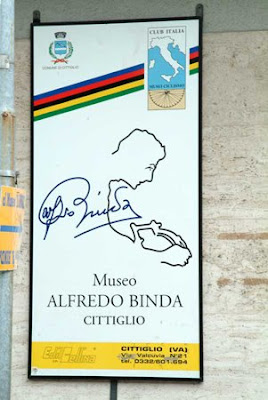 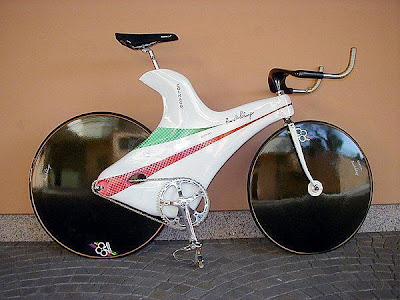 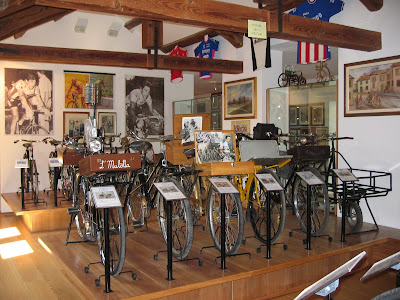 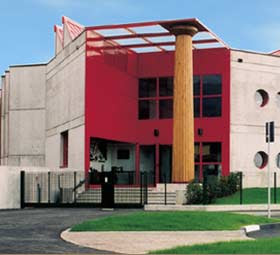 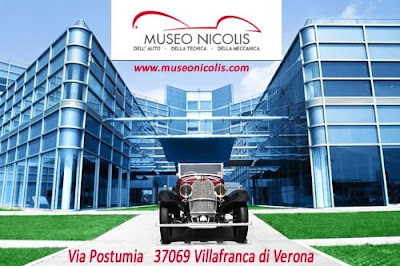 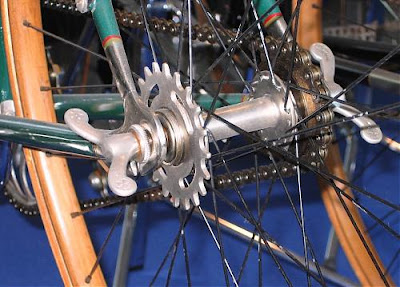 Museo Nicolis
via Postumia
Villafrance di Verona (VR)
http://www.museonicolis.com/
This museum has automobiles, motorcycles, bicycles and mechanical instruments. A visitor wrote, "this is the most complete representation of the evolution of the bicycle that you’re likely to find anywhere." 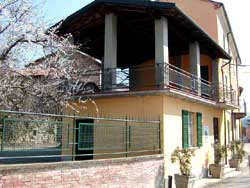 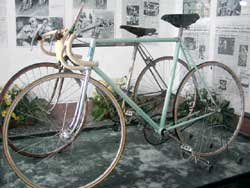 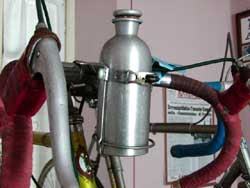 The Coppi Home at Castellania
Castellania, Alessandria (Piedmont)
http://www.faustocoppi.it/encasa.htm
The home to the Coppi brothers has been restored and is open on holidays and Saturdays (best to call 339.0143-744907 in advance). In addition to the home there is a documentation center, mausoleum and small museum. 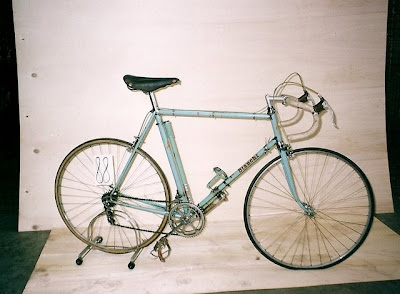 Museo della Bicicletta "GIANNETTO CIMURRI"
Via Porta Brennone, 17
42100 Reggio Emilia
tel. 0522-454228 - 438622
Open to the public by appointment. The collection is based on items collected by Giannetto Cimurri who was a masseuse for many champions. He was present at 8 Olympics and 40 Giro d'Italias. The museum has 135 bicycles, including bikes belonging to Girardengo, Coppi, Bartali, Gimondi, Moser.
Photo: Bianchi used at the 1953 World Championships in Lugano by Coppi is among the bikes at the museum. 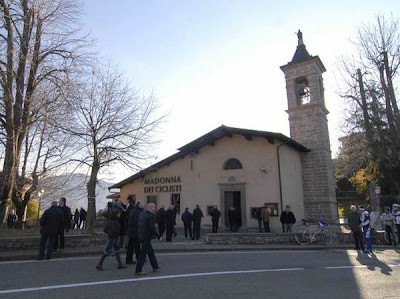 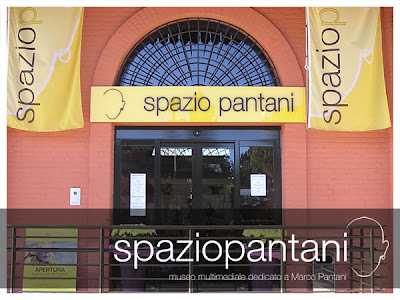 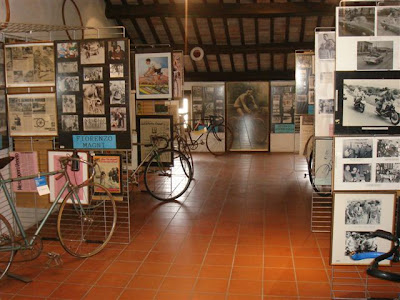 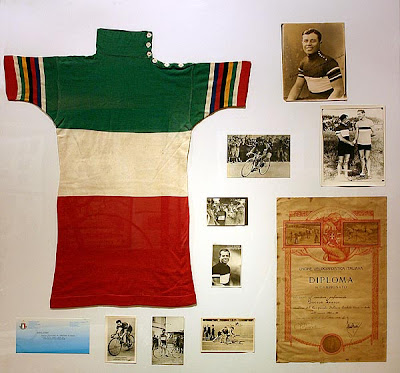 Museo del Ciclismo "Learco Guerra" (located within the Museo Tazio Nuvolari)
Piazza Broletto, 9
46100 Mantova (MN)
Among the highlights of the collection is the first pink jersey in the history of the Giro d'Italia, the rainbow jersey of World Champion, the yellow jersey of the Tour de France, and the tricolor Italian national championship jersey. There are also trophies, photographs, memorabilia and bicycles. One of the bikes is a MAINO that Guerra used to win Milan-Sanremo in 1933 and the Giro d'Italia the following year. More details here.
Note: as of January 11, 2010, the museum had been cloased since December 1, 2008, due to restoration of the palazzo. To contact the Museum staff please write to their e-mail address: info AT tazionuvolari.it, or contact Automobile Club Mantova, piazza 80Â° Fanteria, 13- 46100 Mantova (tel +39 0376 325691). 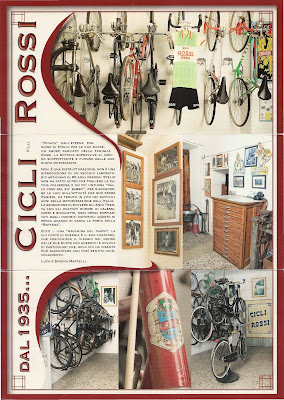 Bottega Museo di Ranieri Rossi,
Cicli f.lli Rossi,
Via Roma, 1
Siena
Private museum but open to the public. Museum contains diligently preserved equipment, tools, bicycles, parts and accessories. The collection also includes a substantial collection of books and vintage magazines. Reservations for the museum can be made by calling 349 5263212 or by email (see here).

Email ThisBlogThis!Share to TwitterShare to FacebookShare to Pinterest
Labels: Museums