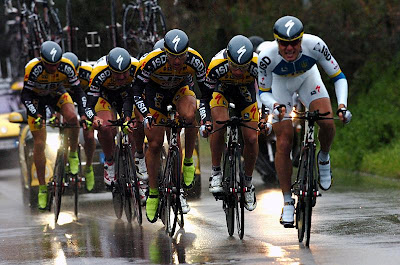 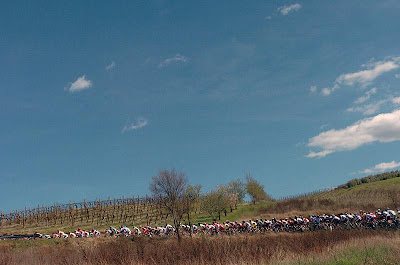 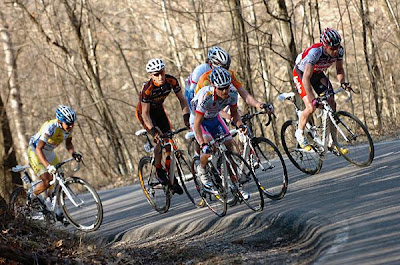 The Settimana Internazionale di Coppi e Bartali is an important 5 day stage race leading up to the Giro d'Italia. While some riders, such as Contador, Sastre, Valverde and Menchov used the Vuelta a Castilla y León race in Spain for their preparations, Damiano Cunego and Cadel Evans chose Italy and its Emilia-Romagna and Tuscana regions for their grand tour preparations. The race had an interesting Stage 1 split day format with a 81.2km road race followed by a team time trial of
14.3km.

Photos: by Sirotti; team time trial which ISD won, racing in the countryside; Damiano Cunego couldn't get any closer to the edge of the road