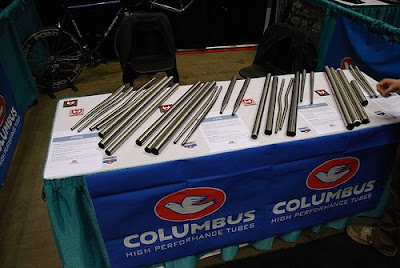 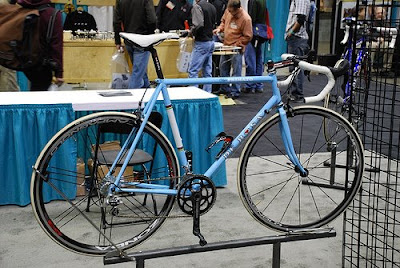 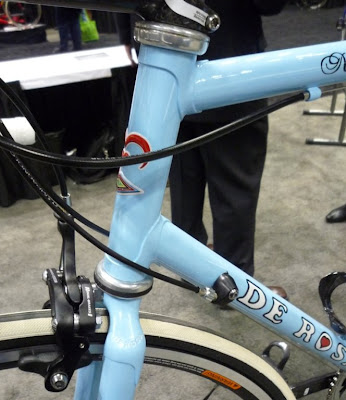 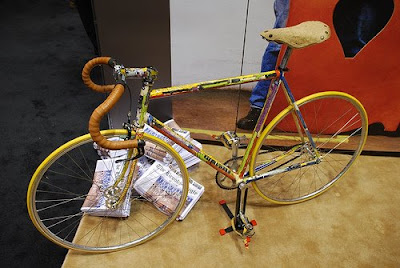 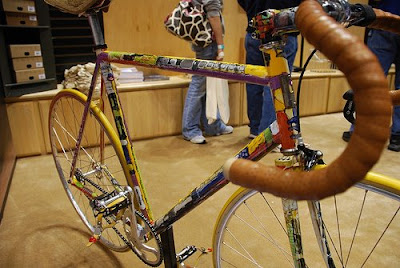 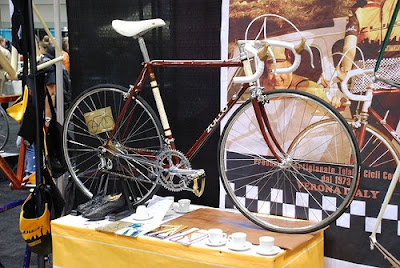 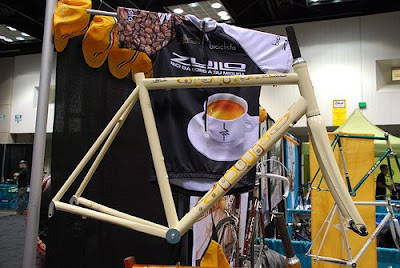 Has the renaissance of steel begun? There were 7,500 visitors to the 2009 North American Handmade Bicycle Show, in Indianapolis, February 27th through March 1st to see beautiful craftsmanship.

Steel is the preferred material for builders displaying at NAHBS. Steel's popularity is on the rise as demonstrated by increases in demand reported by Columbus and Reynolds. In fact, Columbus is re-introducing "SL", and Reynolds their "531".

A few Italians made the journey to Indianapolis including DeRosa, Zullo, Pegoretti (not present but whose grafitti bikes were displayed in the Brooks booth), and Columbus (photos above).

Excelent photos of the bikes on display can be seen at:
by Steve Kurt of Velo Orange: http://www.flickr.com/photos/kurtsj00/sets/72157614498379909
by Dale Brown of Cycles de Oro:
http://cyclesdeoro.com/events/NAHBS/2009/index.html