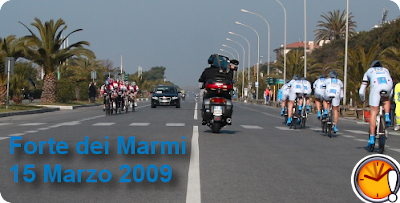 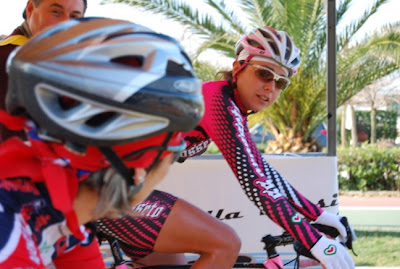 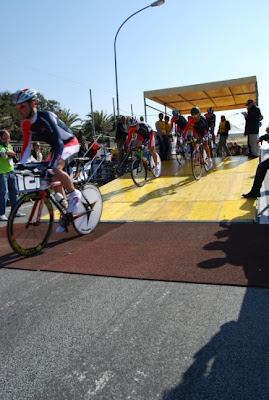 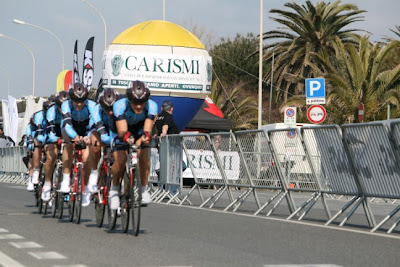 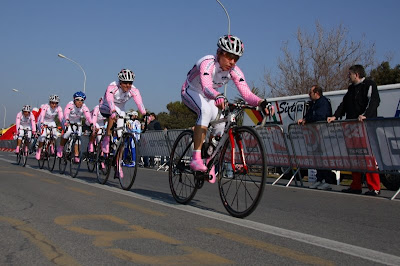 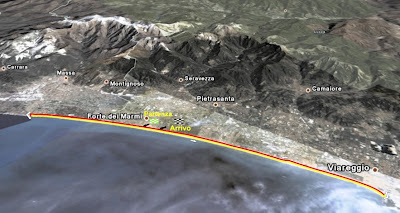 Last year on February 24th ex-professional Michele Bartoli launched the 1st edition of a variation on the granfondo for amateurs, a team time trail for amateurs. The official name is "Crono Squadre della Versilia-Michele Bartoli". The event was a great success with ninety 8-people teams participating (700+ participants). This year's event was much larger.....

The event is open to amateur cyclists, both men and women. Cyclist from 19 to 69 years of age may participate.

The course is, as we say, "flat as a pancake" with a total distance of 37.5 Km beginning and ending in Forte dei Marmi along the Versilia coast. The course is closed to traffic. And to give you an idea how popular cycling is in Italy the event was broadcast on RAI.

The 2009 event was held on Sunday, March 15th and has grown to 1,400 participants. The winners were the Vigili del Fuoco team that finished in a new event record of 34m 35s with an average speed of 51.79 km/h. The only team that was faster, and that raced in a guest category for ex-pros, was the team that my friend Eros Poli was in that finished in 34m 22s at an average of 52.7 km/h.

Watch a video filmed by a participating team: