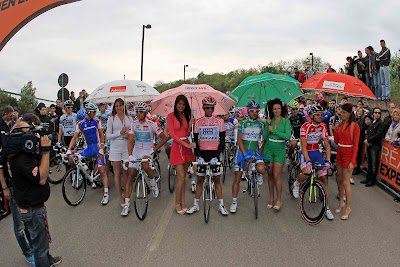 Cazaux and Beppu break clear in the first kilometer. The bunch does not respond, at 3km the two riders reach 1’30” of advantage over Krivstov (who is chasing them) and are 2’22” ahead of the field.

Krivstov catches the two escapees at km 17, where the bunch – led by the Saxo Bank – Sungard riders are 6’ behind. Three riders at the lead.

Intermediate Sprint, Pescara: Beppu reaches the sprint first ahead of Cazaux and Krivstov; fourth Bakelandts who dictates tha pace of the field riding 3’35” behind.

Several teams alternate in the front of the bunch but the Htc – Highroad riders pace the field in the last 3 km. Millar attacks and earns a few seconds. He is caught in the last km. Petacchi sprints – with 250 meters to go – with Cavendish on his wheel. 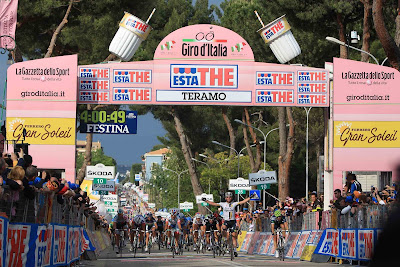 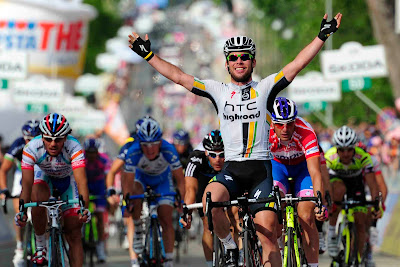 Stage 11, Tortoreto Lido-Castelfidardo, 144 km, is classified "Media Montagna". Before the start there will be one minute of silence to mark the funeral of Wouter Weylandt. The Giro has permanently retired his race number of 108, 108 WW – Sempre con noi. 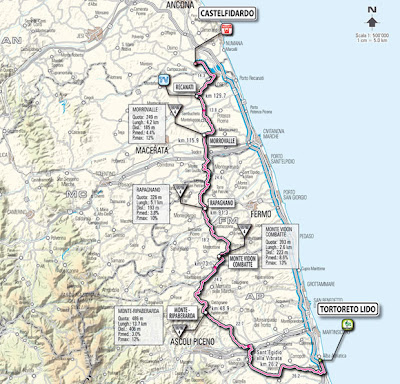 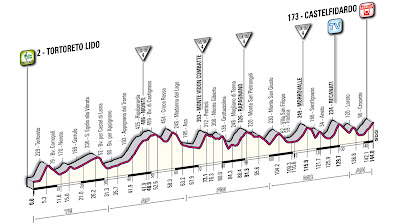 Stories for the Italian Cycling Journal about rides, granfondos, watching and touring during the Giro, having a good time cycling in Italy, Italian cycling history, etc. are always welcome. Contact me at veronaman@gmail.com. There are more than 1,900 stories in this blog. The search feature to the right works best for finding subjects in the blog. There is also a translate button at the bottom so you can translate each page.
Posted by Angelo senza la o at 6:51 PM