Stage 14, May 21, 2011, LIENZ-MONTE ZONCOLAN, Mountain stage with summit finish, 190 km. The stage was originally 201 km but the race ommissaires decided to cut the penultimate Monte Crostis ascent and descent out. 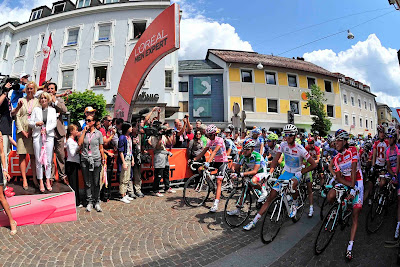 Fast pace from the beginning with several breakaway attempts on the front of the bunch. At km 29, Brambilla, Rabottini and Tankink manage to clear out. The field lets them go and after 5 km the three escapees have already a 1’ lead. Average speed after one hour: 41,900 kph. The gap between the break and the peloton increases; at km 50: 9’20”.

Intermediate sprint, Villa Santina (UD) – km 139,9: Rabottini crosses the intermediate sprint line first ahead of Tankink and Brambilla. The bunch gets there at 9’05”. At the front the Liquigas riders are pacing the bunch.

Parcours deviation called during the race. The King of the Mountain of Tualis is cancelled. Once the race reaches the bridge of Muina, it turns left towards Cella and Luincis. Once it reaches the SS of Val Pesarina, it goes to Ovaro to rejoin the original race parcours and climb on the Monte Zoncolan. 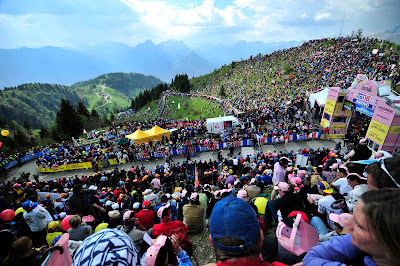 On the first ramps of Zoncolan, Rabottini and Tankink are dropped; Brambilla rides solo at the front of the race. Progression of Rodriguez first and then Anton, followed by Contador.

The Pink Jersey catches Anton and together they go in pursuit of the leaders. Contador and Anton catch Rodriguez with Scarponi and they attack. At the front of the race, Tankink catches Brambilla and is leading solo. New attack of Anton that gets ahead of Rabottini, Brambilla and Tankink.

5 km to go: Anton is leading; at 5” behind Contador and Scarponi; at 18” behind Nibali and Rujano and Menchov. 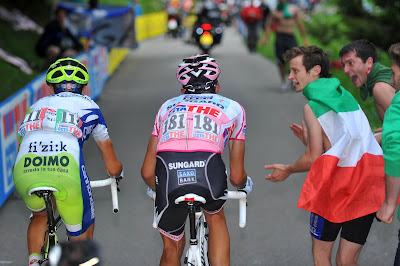 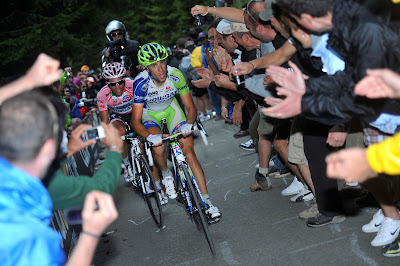 2 km to go: Anton has a 30” lead over Nibali and Contador, 45” over Scarponi; at 1’02” Menchov and 1’28” Rujano. Before the banner indicating the last km, Contador accelerates - Nibali is dropped – and Contador jumps to chase Anton. 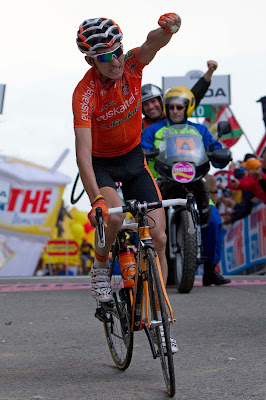 Nibali: "I looked at doing everything I could to win the stage. I felt good today, better than yesterday, and my teammates also felt good, with the exception of [Sylvester] Szmyd who is still sick. If not, it could have been a different outcome. We tried because this is a climb I know very well. I followed a regular rhythm and I accelerated later to drop Scarponi. I’m not an explosive climber. Unfortunately, Anton was in the front and we didn’t manage to catch him. I did everything I could."

Scarponi: "Contador and Nibali were a little more brilliant then me, but I succeeded in limiting the gap". 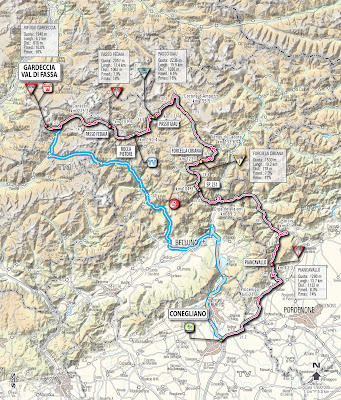 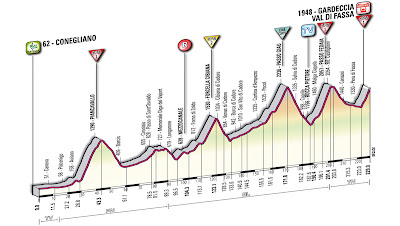 Stories for the Italian Cycling Journal about rides, granfondos, watching and touring during the Giro, having a good time cycling in Italy, Italian cycling history, etc. are always welcome. Contact me at veronaman@gmail.com. There are more than 1,900 stories in this blog. The search feature to the right works best for finding subjects in the blog. There is also a translate button at the bottom so you can translate each page.
Posted by Angelo senza la o at 5:15 AM