197 riders roll out from Piombino at 12:20 pm. Feillu, Klemme, Rohregger, Stamsnijder, Pires, Viganò, Wegmann, Zaugg (all the Leopard–Trek riders) and Tyler Farrar do not come to the start line. 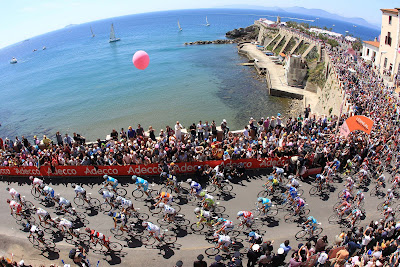 At km 12 Kohler gets clear and soon gains ground over the field. At km 14 the BMC rider has a 42” lead. To note, at this point, puncture for Pink Jersey, Millar, who joins the bunch shortly after.

The gap between the leader and his chasers goes up. With 150 km to go: 11’50”. On the front of the field the Garmin-Cervélo (Millar’s team) riders set the pace.

Millar and Vicioso (2nd in the general ranking and the winner of the third stage)crash into each other after a turn as they are fight for a sprint to get the intermediate sprint bonues. Both get up and away and join the group soon after.

Intermediate Sprint, Arcidosso (GR): Kohler takes first place solo, ahead of Bakelandts and Dall’Antonia, leading the bunch with a 8’ delay. After three hours the average speed is of 38.300 kph 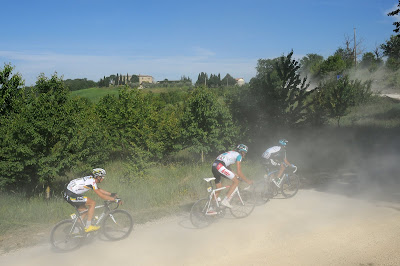 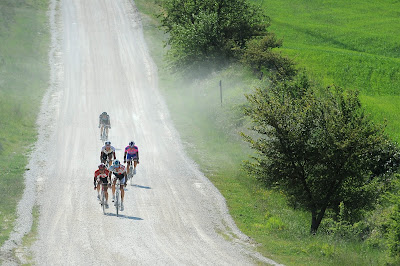 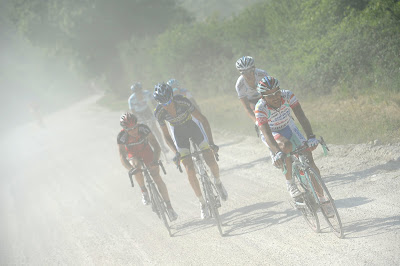 King of the Mountain, 3rd category: Croce di Fighine (SI) [m 732]: Kohler first over the climb solo again but his advantage drops to 3’50”. Second Kreuziger; third Scarponi and a very strung out bunch with Garzelli at the lead.

On the descent Nibali accelerates and he is soon caught by some other riders, punctures for Popovych and Joaquin Rodriguez.

With 25 km to go, Kohler has still a 2’ lead over Cataldo and Tankink; 2’25” over the group with Scarponi, Nibali and Contador; Pink Jersey at 2’25”; Cataldo slides off the gravel road. Mechanical problem for Tankink. The first group passes both. Millar joins the bunch.

Gadret and Weening chase Kohler and catch him with 10 km to go, the bunch has a 30” delay. In the trio Weening attacks; the two others are caught by the bunch.

On the steep short stretch uphill taking to the finish in Orvieto, Millar is left behind and Scarponi attacks with no success. The bunch fails to catch Weening who crosses the finish solo. 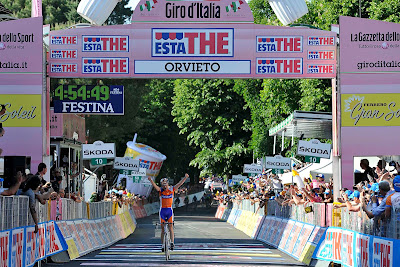 FINISH
Pieter Weening wins this stage and also grabs the Pink Jersey of the Giro d’Italia.
Second at the finish, leading the bunch with a gap of 8”, Fabio Duarte ; third: José Serpa Perez. Winner’s time: 4h 54’ 49”, at an average speed of 38.871 kph. 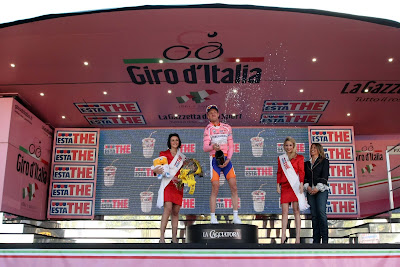 Stage 6, Orvieto to Fiuggi, skirts Rome as it heads southward and is rated "Media Montagna". 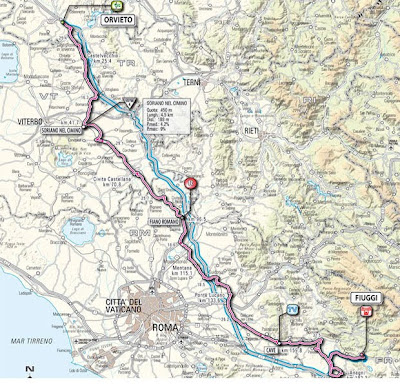 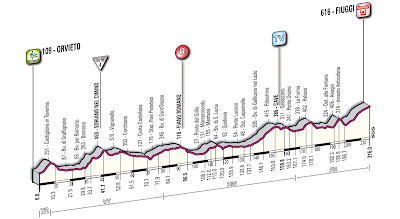 Stories for the Italian Cycling Journal about rides, granfondos, watching and touring during the Giro, having a good time cycling in Italy, Italian cycling history, etc. are always welcome. Contact me at veronaman@gmail.com. There are more than 1,900 stories in this blog. The search feature to the right works best for finding subjects in the blog. There is also a translate button at the bottom so you can translate each page.
Posted by Angelo senza la o at 4:31 AM