Mirco Soprani, Mayor of Castelfidardo and descendant of the inventor of the accordion, Paolo Soprani, officially started today’s race. On the signature podium at the “International City of the Accordion”, the Mayor donated two celebrative accordions of the two major local brands, Settimo Soprani (that began here its production in 1873)to the Maglia Rosa Alberto Contador and a Dino Baffetti to John Gadret, the winner of yesterday’s race. 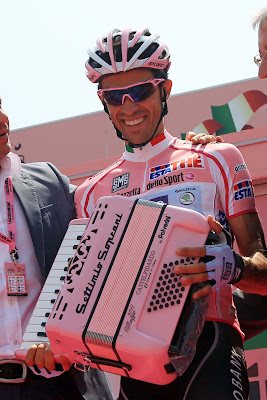 START
186 riders start out at 12.57 pm. At 5km the group of Minguez, Ricci Bitti, Clement and Golas escape. At 20 km they reach their maximum advantage over the peloton: 4’50”. E’ Htc – Highroad takes over leading leads the chase.

-14 km the leaders are caught. The squad of Cavenindish control the head of the peloton.

Renshaw leads out Cavendish to 150m. Petacchi anticipates and launches first but is passed by Cavendish at the line. 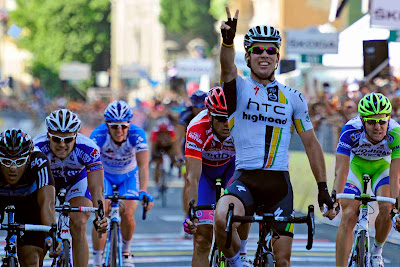 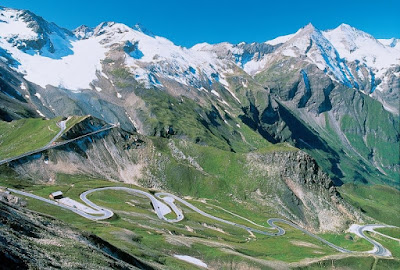 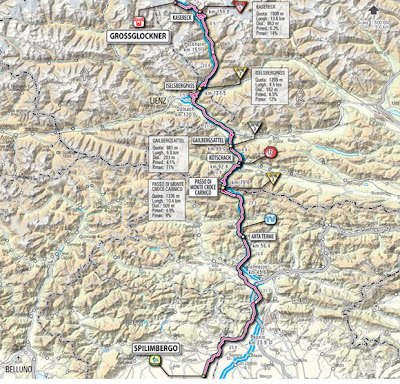 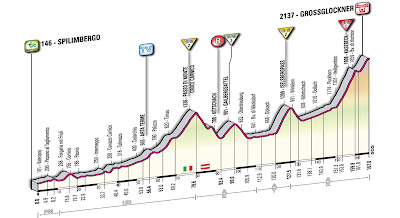 Stories for the Italian Cycling Journal about rides, granfondos, watching and touring during the Giro, having a good time cycling in Italy, Italian cycling history, etc. are always welcome. Contact me at veronaman@gmail.com. There are more than 1,900 stories in this blog. The search feature to the right works best for finding subjects in the blog. There is also a translate button at the bottom so you can translate each page.
Posted by Angelo senza la o at 3:48 AM