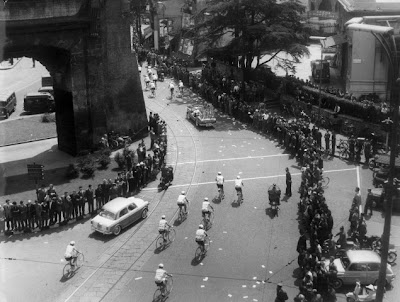 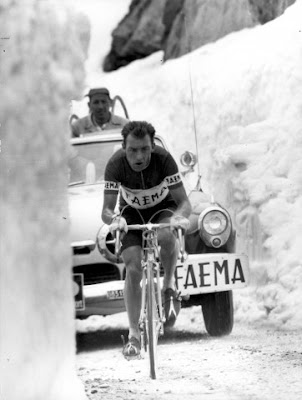 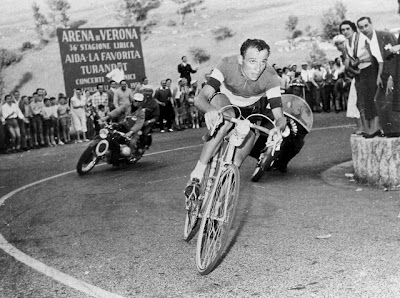 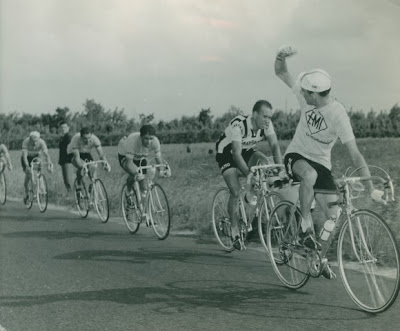 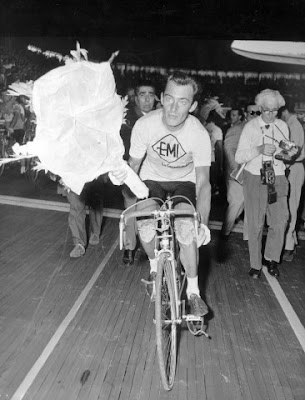 Top to bottom:
1957 - uncaptioned
1957 - Charly Gaul between snow embankments on Gran San Bernardo
1958 - Ercole Baldini during his escape on the Cesena-Boscochiesanuova stage, the stage he took the pink jersey
1959 - Charly Gaul calls his teammates during the Rimini-Verona stage
1959 - Charly Gaul celebrates, in Milano, his second Giro d'Italia victory