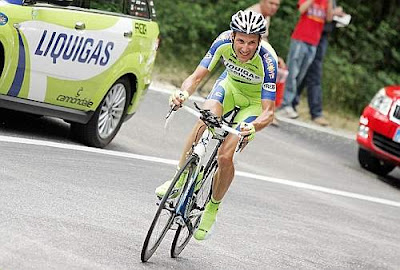 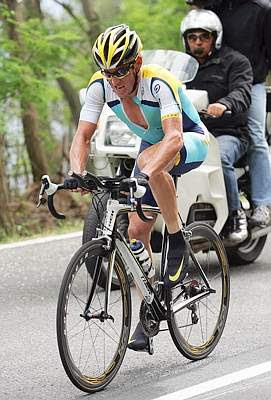 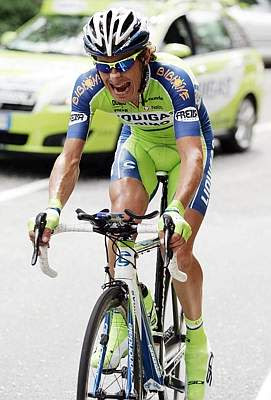 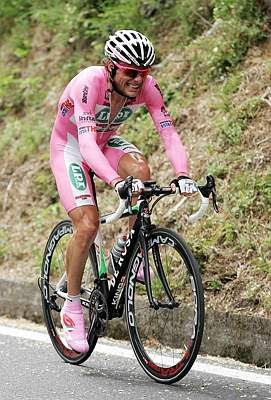 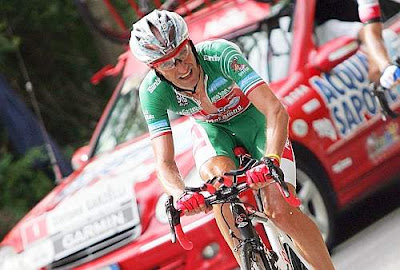 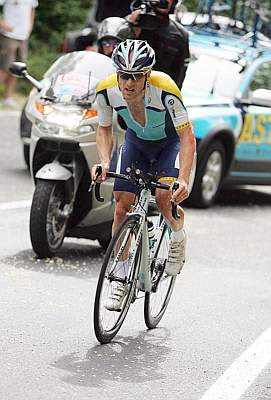 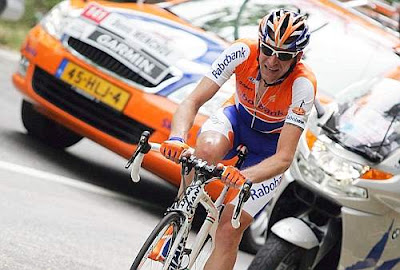 RIOMAGGIORE (SP), 21 May 2009 – The timed marathon split the Giro in two. In a general sense, because Menchov’s double victory has changed the balances which had taken shape for the last week. And, to exaggerate, in a patriotic sense, as the competition has narrowed down to two foreigners pitted against two Italians.

THE RUSSIAN AND THE PSYCHIC — Denis Menchov, 31 years old, a Russian who also races in Holland, speaks Spanish and has won the Vuelta twice (once by forfeit), is the leader on this day that was less traumatic than expected. The race began without the Olympic champion Cancellara (withdrew) and ended with slight leads as compared to the fears of many. "The pink jersey,” the leader of Rabobank explained, “is a great prize to dedicate to Horrillo (his team-mate who almost lost his life on the Bergamo stage). I really liked this time trial, that’s why I prepared so well for it. Leipheimer? He’s strong, and Di Luca is up there too. I’m certain that from Saturday he'll do all that he can to make up. But I also think that both Basso and Sastre are still in the game." Di Luca had the clearest head in forecasting what would happen. "I’d said that I’d be happy with 2 minutes taken from Menchov and Levi. Now a different Giro is starting, from Bologna I’ll try to recover ground. I know that final stretch very well."

TIME FOR ALLIANCES — Together with the Russian, there were two real winners of the day: Franco Pellizotti and Stefano Garzelli. The first, who came in fourth at 2 minutes from Menchov, wrote some harsh words on the dualism in Liquigas-Doimo and, in fact, could find himself allied with Di Luca even though he doesn’t seem to agree. “Ivan and I started off equally, both trying to win the Giro. We’re helping each other and there’s no pressure from the team. The Giro is long, we’ll attack one at a time. Menchov? He doesn’t have a great team, you’ve got to know how to attack them". Garzelli, third at 1:03 from the Russian, rode an extraordinary time trial. "It was a super-human effort, more than an hour and a half beyond all limits, of strength, of being able to control the bike going downhill. The green jersey is very important, even though my main goal remains winning a stage.”
TOMORROW — The thirteenth stage of the 92nd Giro is the Lido di Camaiore-Florence. 176 kilometres with no significant difficulties: the sprint will most likely be a “race-off” between Alessandro Petacchi and Mark Cavendish, who are tied at 2 wins per head. The Italian won in Trieste and Valdobbiadene; the British racer in Milan and Arenano.

After the Giro we'll get back to "regular programming": everything from A to Z about Italian cycling. Stories, including cycling trip stories, for the Italian Cycling Journal welcome; contact veronaman@gmail.com.
Posted by Angelo senza la o at 12:45 PM