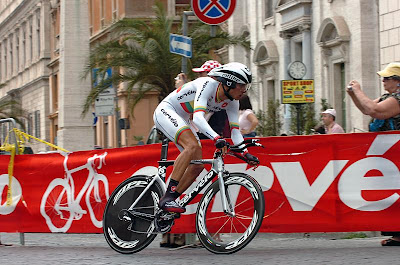 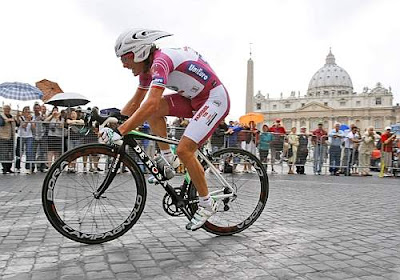 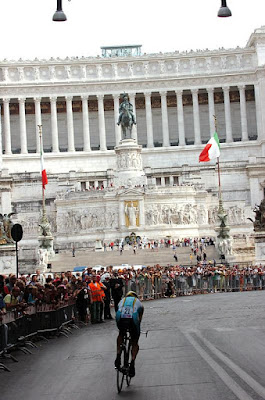 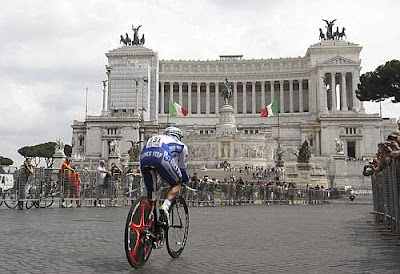 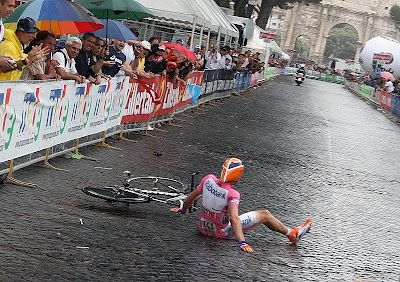 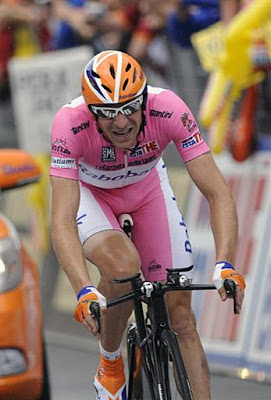 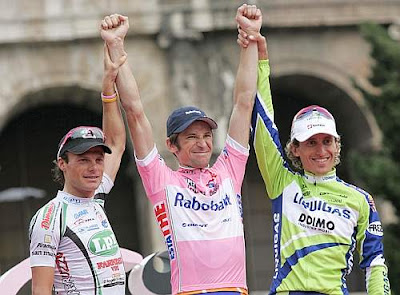 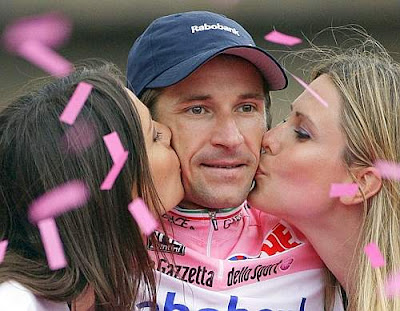 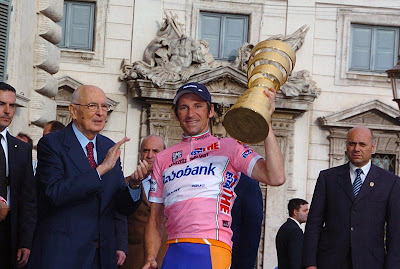 ROME, 31 May 2009 – Denise Menchov has won the Centenary Giro d’Italia (92nd race): the 31-year old from Rabobank is the third Russian in history to win the Giro, after Berzin (1994) and Tonkov (1996). But this last stage of the Giro, a spectacular 14.4 kilometre individual time trial in the historic city centre of Rome (racing in the rain in the last part of the route), with a surprise win by the Lithuanian from Cervelo, Ignatas Konovalovas, was open right up to the end. Danilo Di Luca, who started off with 20 seconds to recover, was gaining 5 seconds after 3.3 kilometres. But in the second lap, (after 7.7 km), Menchov proved the forecasters right: +15 on Di Luca and the race and the question seemed closed. The last bit of excitement came at slightly less than one kilometre from the finish, when Menchov fell on a straight stretch of cobblestones. But he managed to get right back in the race, with a spare bike, and finish the trial in 19:06, 21 seconds better than Danilo Di Luca.

RANKINGS — Konovalovas, one of the last riders to ride on the dry roads, finished the trial in 18:42, just 1 second better than the British racer Bradley Wiggins (Garmin) and 7 seconds ahead of the Norwegian Boasson Hagen (Columbia). The first Italian was Marzio Bruseghin, 5th with 18:58. The general ranking was as follows: Menchov won the Giro (this is the 27th time a non-Italian has won) with a margin of 41 seconds on Danilo Di Luca (LPR-Farnese). Franco Pellizotti (Liquigas-Doimo) is also on the podium, third at +1:59. Fourth is Carlos Sastre (Spa, Cervelo) at +3:46; fifth is Ivan Basso (Liquigas-Doimo) at +3:59. Sixth is Levi Leipheimer (USA, Astana) at +5:28.

After the Giro we'll get back to "regular programming": everything from A to Z about Italian cycling. Stories, including cycling trip stories, for the Italian Cycling Journal welcome; contact veronaman@gmail.com.
Posted by Angelo senza la o at 2:43 PM