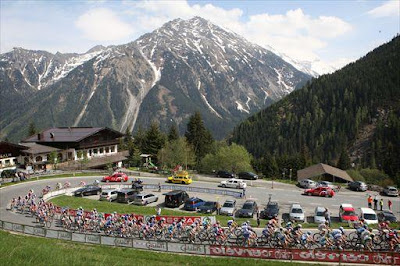 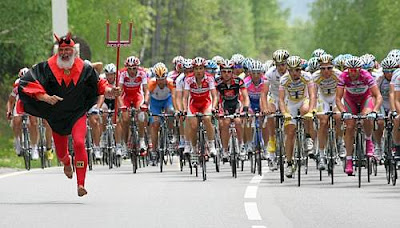 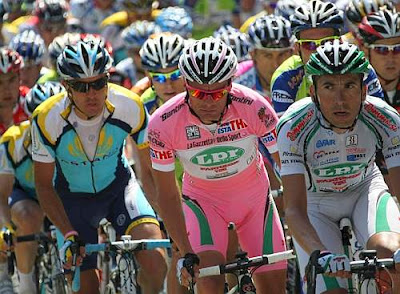 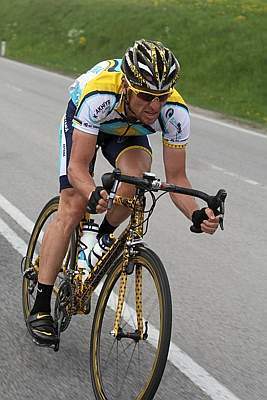 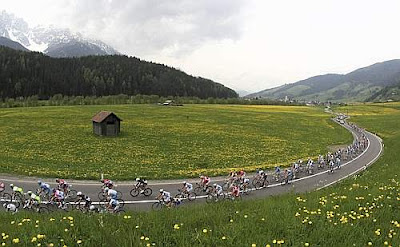 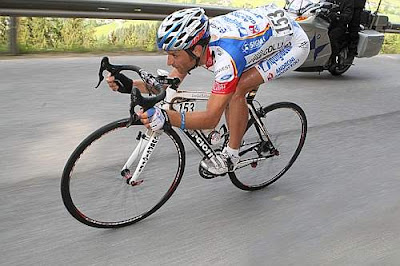 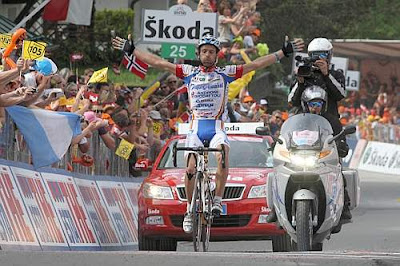 MAYRHOFER IM ZILLERTAL (Austria), 14 May 2009 - Michele Scarponi has won the sixth stage of the Giro d’Italia by a lead. After 248 kilometres, on the Austrian finish line in Mayrhofen im Zillertal, the 29-year old Italian racer for Diquigiovanni-Androni – this year’s winner in a stage and in the final ranking of the Tirreno-Adriatico – crowned a 193-km sprint (initially in a group, then alone) obtaining the 12th victory of his career, and his first in the Giro. At +32 followed Boasson Hagen (NOR, Columbia); third was Allan Davis, then came Pozzato, fourth. Gasparotto (Lampre-NGC) was seventh. At +36 came the pink jersey’s group. A group including Lance Armstrong crossed the finish line at about + 1:20 ("Done with stage 6. Uh...wow. That was the craziest last 30k I've ever seen. Long, fast decent at 80k (50pmh) plus then a tight circuit; at one point today we reached 110kph. That's almost 70 mph. CRAZY!"). Danilo Di Luca held on to the pink jersey, which he wore for the 20th time in his career (5 times in 2005, 13 times in 2007). At +5 seconds came the Swedish racer Lovkvist, and at +36 was the Australian Rogers, both on the Columbia team. Then came Leipheimer at +43 and Menchov at +50. Basso was sixth at + 1:08.

THE DETAILS — Garzelli, who finished 6:41 behind Di Luca yesterday, made 7 attempts to break away in a sprint in the first 40 km, but was unsuccessful. After about fifty kilometres, Bonnafond, Gatto, Klostergaard, Scarponi and Kiryienka managed to successfully break away. For the first 4 hours of the race, they drove on at an average speed of 44 km/hour. Nearing the second Mountain Gran Prix of the day, Hochkrimml, Scarponi and Kiriyenka were in the lead, while Garzelli attempted to catch up with them, but gave up 30 kilometres from the finish. Going downhill, the group launched into pursuit of the two pacesetters. Kiriyenka fell behind, also due to a puncture; Scarponi was left alone with 1:20 on the group at 8 km from the finish. At minus 5 km, he was holding on to a lead of 1:08: this was the prelude to his victory.

TOMORROW — The 100th anniversary of the Giro d’Italia – 92nd race – continues tomorrow with the seventh stage: from Innsbruck to Chiavenna, 244 kilometres. The racers take off at 11:00 a.m., and the finish is set for around 5:00 p.m. Only one Mountain Gran Prix, the category three Passo Maloja (1815 metres in height), then almost 40 km downhill to the finish line. Another stage which, at least on paper, seems perfect for sprints.

After the Giro we'll get back to "regular programming": everything from A to Z about Italian cycling. Stories, including cycling trip stories, for the Italian Cycling Journal welcome; contact veronaman@gmail.com
Posted by Angelo senza la o at 9:48 AM